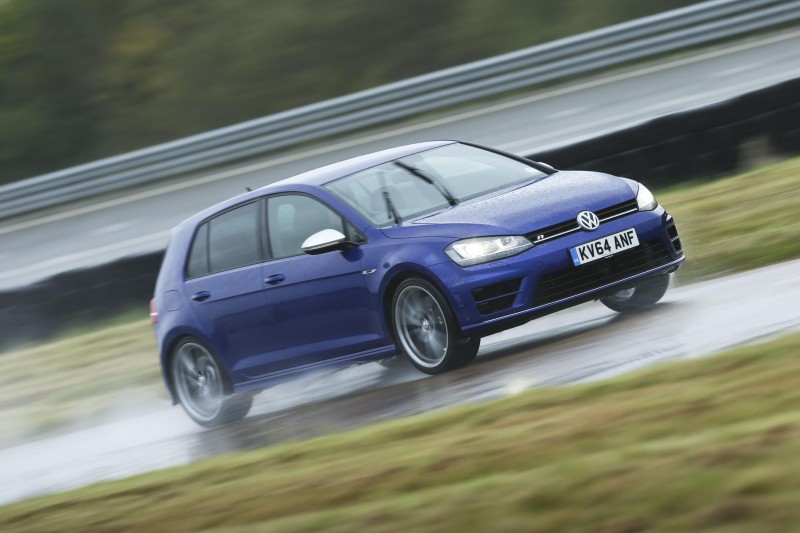 Apparently, over in Britain, they love having track days “in the wet.” Accordingly, British automotive news outlet Autocar did a battery of tests on which cars performed the best under these conditions. The test pitted some infamous track cars, such as the Porsche 911 and the Nissan GT-R, against each other. However, the result will shock you. According to their test, the best car for track driving ‘in the wet’ is the VW Golf R. So, if you paid in excess of $100,000 for a 911, you’re not going to be as happy as the guy who paid $35,000 for the VW Golf; okay, maybe that’s a slight exaggeration. Sometimes the world works in mysterious ways though.

The Golf R which took the crown wasn’t your average entry level Golf. With 296 horsepower, it features a 2.0 liter turbocharged four cylinder engine, a six speed manual transmission, and of course, the aforementioned all-wheel drive.

Below are the specific test results for all seven cars.