McLaren and its new engine and technology partner Honda have been having a lot of fun teasing fans and the press leading up to the launch of its newest Formula One challenger.

Not since 1992 have we seen the two iconic motoring names together, when they were dominating the sport with the likes of the late, great Ayrton Senna and Alain Prost. But on Thursday, Jan. 29, McLaren-Honda embarked on what they say is a “new era” for the F1 team.

As the suspense built up for the new car launch, McLaren created a video depicting Jenson Button as Marty McFly from Back to the Future riding his skateboard, and Fernando Alonso, the team’s new hire, riding up in one of its 650S supercars which was turned into time machine.

Equipped with a shiny silver McLaren 650S, the duo are faced with the ultimate question on the lips of any racing driver: “Would I rather have driven in grands prix gone by, or should I cast my eyes to the horizon and aim for the future?”

The answer, they learn, is clearcut – but can they fit the MP4-30 with a flux capacitor…?

Today’s reveal of the new McLaren-Honda MP4-30 is a refined evolution of last year’s McLaren, it is the only chassis on the grid to be fitted with Honda’s RA615H Hybrid power unit, and it features an evolved color scheme that the company says identifies its brand in the 21st century. It was rumored that McLaren would change to its iconic orange paint that was first seen on the M6A Can-Am back in ’67. Or some people thought they might go with it’s red, white and black color scheme, showing its heritage for the first Mclaren-Honda era. 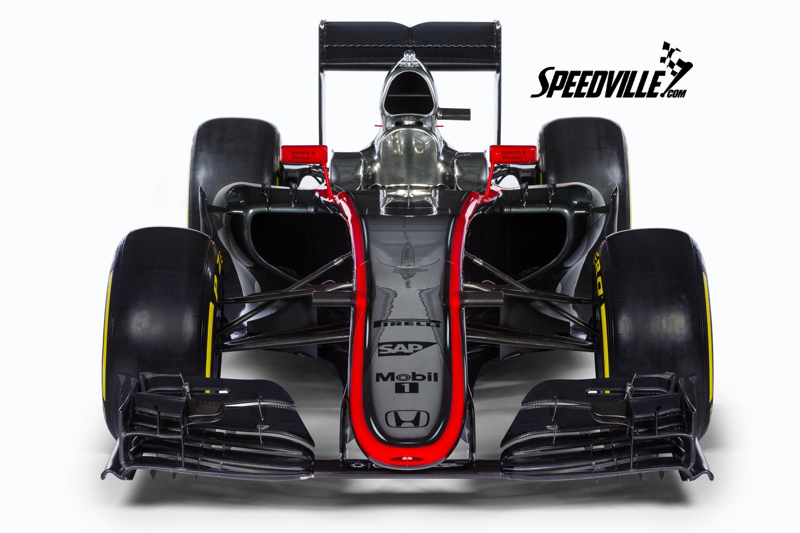 McLaren-Honda says it plans to maintain the momentum it achieved during the second half of 2014 with an intensive technical development program. Due to the relatively stable technical regulations between seasons, McLaren engineers have been able to evolve some newer philosophies explored on last year’s car while also adding some new technical pieces. 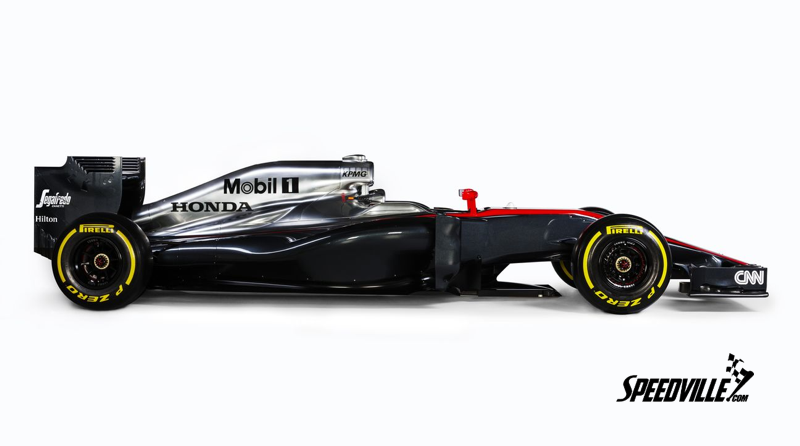 The car has been aerodynamically refined over the winter, and the result is a more elegant car than last year, with a refined nose-box solution, slimmed rear-end packaging – particularly around the gearbox – and the incorporation of an all-new power unit under its tight-fitting bodywork.

Honda will obviously provide the expertise and the muscle to make rapid progress – and to keep pushing development – but everyone is stressing patience as they move into the 2015 season.

“We understand the effort and teamwork required to take McLaren-Honda back to where it should be, at the front of the grid, and all our energy as a team is focused on that goal.

“Our first target will be to learn the maximum from the car at the pre-season tests, understand the package, and extract as much performance as possible. That won’t be easy or trouble-free, but we’re ready for that. Why? Because our key focus will be on development. Historically, McLaren has already been characterised by its ability to bring updates to the car quickly, and develop a strong package.”

“…we’re under no illusion that it will be easy – there’s a huge challenge ahead of us to try to pull back the gap to our rivals, but we’re certainly up for it. We ended last season with great momentum and clear progress, and I’m determined to carry that forward into 2015.”

“We’ve come a long way already and, although there’s a lot of work to do before we can expect to repeat the level of success we enjoyed together 25-or-so years ago, it’s already clear that there’s enormous synergy and potential in our partnership, and I’m positive that, together, we’ll get to where we want to be: winning Grands Prix and eventually World Championships as McLaren-Honda.”

Fernando Alonso will begin on-track testing of the new MP4-30 at Jerez on Sunday February 1. 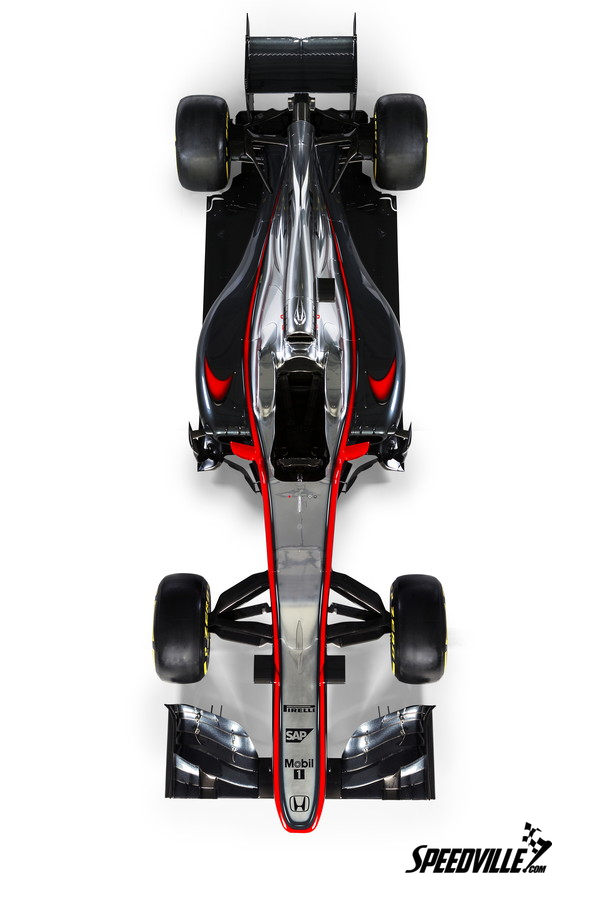