After 36 years in storage, this automotive gem is finally available for purchase.

This car is a 1969 Aston Martin DBS coupe with a straight six engine, featuring a platinum white exterior with a red leather interior, the car also retains the majority of its original parts, having sat untouched for decades.

This classic Aston-Martin began its life when it left the factory on June 16th of 1969. It was sold by Lazenby Garages in Loughborough, England. The car was kept in use until 1978, when the owner put it into storage upon the purchase of a new car. And there it has sat until now, shrouded by dust and virtually unknown to the rest of the world. However, upon the death of the owner recently, the car is now being offered up for sale by Silverstone. 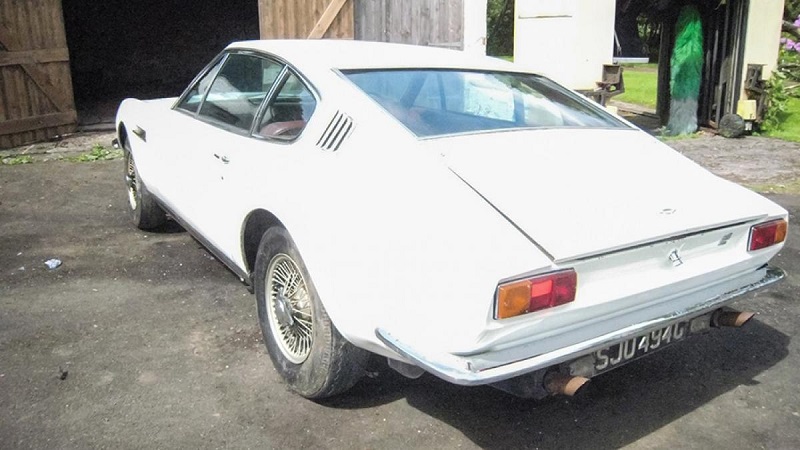 What makes this specimen such a gem is the fact that it’s in such great condition, given its age and the circumstances of its storage. The interior shows signs of age, and there are a few noticeable blemishes on the exterior of the vehicle, but, by and large, it’s been more or less preserved. Silverstone has not even attempted to  start the car, merely removing the brakes so that it could be rolled around and presented.

Though the in-line six may not be as desirable as the V8 equivalent coupes from Aston-Martin, this car could still fetch a  hefty price. A pair of similar cars recently sold for around $85,000 each.