With the Goodwood Festival of Speed showcasing some of the world’s premier performance vehicles, Bentley decided they weren’t going to be left out of the mix. 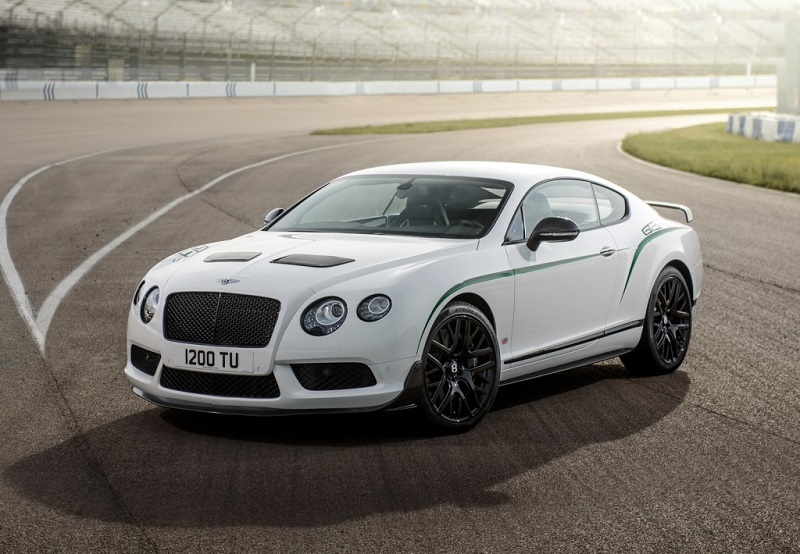 Bentley, along with its former sister company Rolls Royce, has mostly been known for building luxury cars, but often using high-performing engines to boost power and give performance. However, performance has never been the primary goal of the Crewe, England based manufacturer, due in no small part to the excessive weight and gargantuan dimensions of their vehicles. But don’t share that fact with the folks who designed the Continental GT3 racecar, or this new Continental GT3-R track car, which accelerates from 0-60 mph in a mere 3.6 seconds.

You’d think a Bentley track car would have the same monstrous 12-cylinder as the vast majority of Bentley models, but you’d be wrong. The Bentley engineers decided to go smaller – way smaller. Just like the Bentley Continental GT3 racecar, the track oriented, perhaps soon to be production, variant of the Continental GT employs a time tested V8. The engine in question is a 4.0 liter twin turbocharged, which is the same design found in the Continental GT V8. Though it may be smaller, it still packs a huge punch, delivering 572 hp and 518 ft. lbs. of torque. The smaller engine shaves tremendous weight from the conventional 12-cylinder drivetrain, while still providing more power.

The Achilles heel of the Bentley and Rolls Royce marques has been their excessive weight and large dimensions, and it’s no surprise that this special model variant ditches 220 lbs. over the standard Continental GT V8; honestly, I was expecting a greater weight loss, as was probably just about everyone else, but well enough. That doesn’t mean it isn’t heavy though, with the car weighing in at 4,839 lbs.  The hallmark transmission of the Bentley line, the ZF eight-speed, sticks around for this model, but it gets shorter gearing and a few other track focused modifications. Bentley threw convention aside for this one and made the car all-wheel drive, as opposed to its standard rear wheel drive configuration, and torque vectoring is also employed at the rear axle.

The GT3-R also employs a host of other track oriented modifications, including air springs and dampers. Also included is a noticeable vented hood, as well as carbon accents adorning the exterior of the car. A fixed rear spoiler adds a nice touch that we aren’t used to seeing on Bentleys. Carbon ceramic discs are augmented by monstrous eight piston calipers in the front. 21 inch alloy wheels complement Pirelli high performance tires, specially designed for the track. The interior also gives a sporty feel, equipped with a few additional creature comforts, so that you don’t forget what badge is on the front of the car. Carbon fiber was also used to shave weight from various interior components, such as the front dash and door casings. 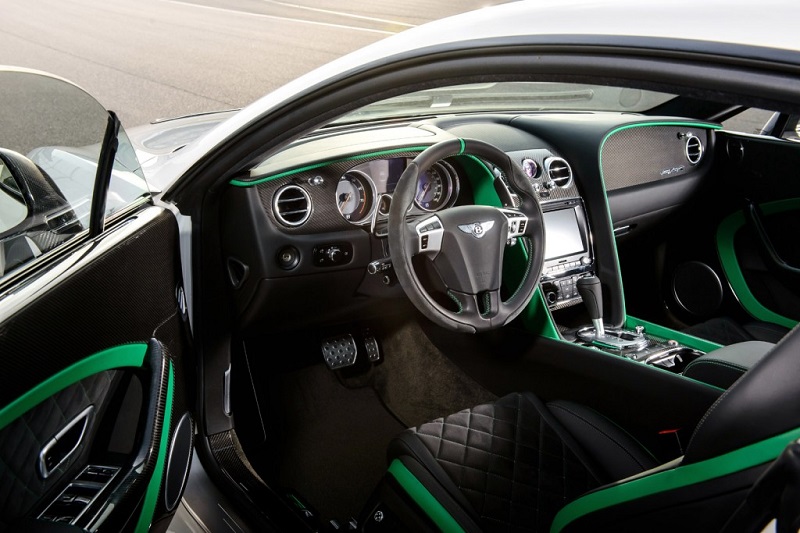 The GT3-R made its debut at this year’s Goodwood Festival of Speed held the last weekend in June. The car has been confirmed for a 300 unit production run. With such great looks and uncharacteristic performance, considering the brand, it’s disappointing this version won’t become a staple of the Bentley model line, but good things seldom last forever.