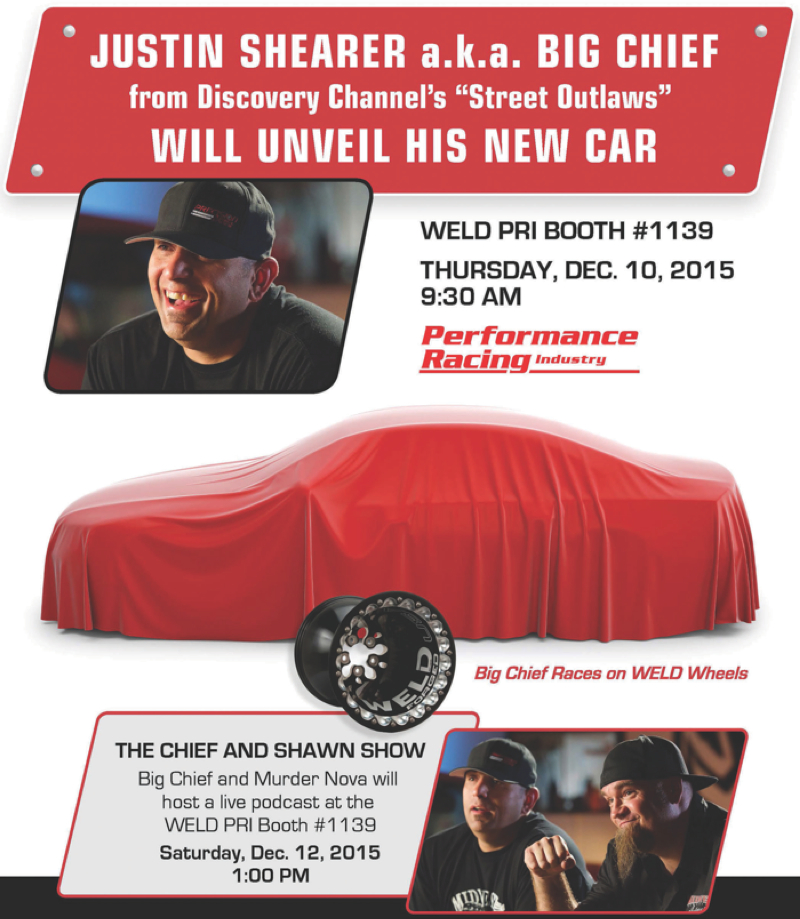 Big Chief, who races using WELD Wheels, will announce the replacement for The Crow at PRI, the popular trade show for the racing industry held each year in Indianapolis. The 1972 Pontiac LeMans was Big Chief’s first car and the one that got him started in street racing which ultimately led to the launch of his popular Discovery Channel show.

“Very lucky to be alive. The Crow sacrificed its life to save mine. I always knew that car would keep me safe,” Shearer noted after the wreck. “My first car, my first love, my first addiction. There may be more after you, but you will always be the first.”

In addition to the car unveiling, “The Chief and Shawn Show” podcast will originate live Saturday, Dec. 12, at 1 p.m. from the WELD PRI Booth. The show is co-hosted by Big Chief and his partner at Midwest Street Cars, Shawn “Murder Nova” Ellington.