In Japan, most custom motorcycle patrons of Ken’s Factory are also car buffs. It was only a matter of time that a client, and a good friend, would challenge a reluctant Ken Nagai (owner/founder of Ken’s Factory) to take on a car project. Believing that Ken’s “Details Create Style” design philosophy would carry over just fine into a car project, they both agreed that taking on an unassuming 1962 Mazda Carol would prove it. 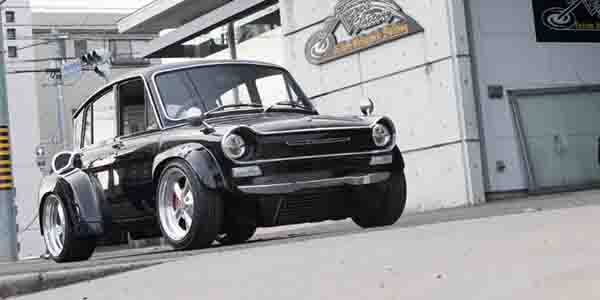 The ’60s era Mazda Carol is as a “kei” car, or a micro class of car in Japan. The Carol is Mazda’s first 4 door and it was originally powered by a by a little 358cc four-cylinder OHV engine in the rear. Given the original motor is in the back, there were plenty of openings and grilles to allow the motor to shed heat efficiently. Ken took advantage of this. 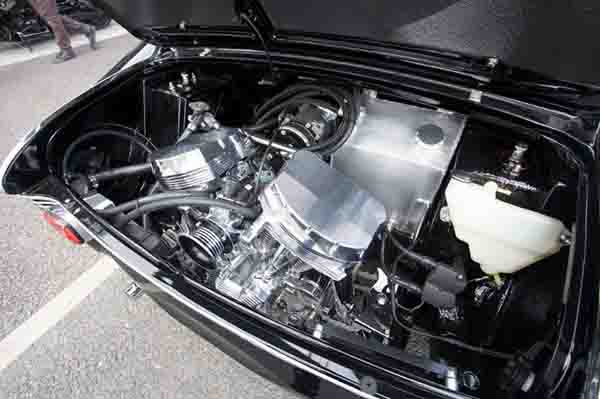 The motorcycle heritage Ken has resulted in him breaking purist barriers and dropping in a 1600cc H-D Twin Cam in an environment with plenty of breathing room! He gave it more are as well. intakes were created above the bulbous rear fenders, jamming a constant flow of air into the engine bay. For interface into the tiny vehicle, he found an adapter that it fits to a Volkswagen transmission, thus allowing the engine to do deliver its power into an air-cooled VW transmission. 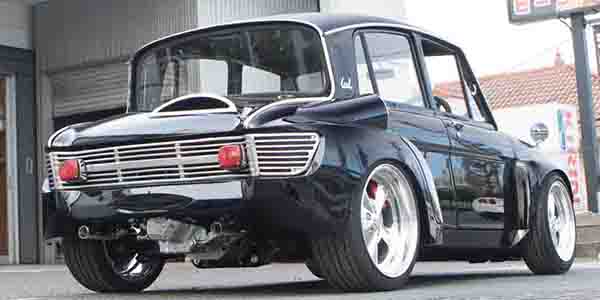 The details that render the unique look of the Carol begin with the obvious wide-body treatment and custom billet wheels, but continue into finer details including the performance brakes, intricately polished engine customization as it lives under the hood, a double wishbone subframe built from scratch, hot rod parts and reupholstered black leather seating. All this results in a retro classic modern car that is addictive to the eyes. 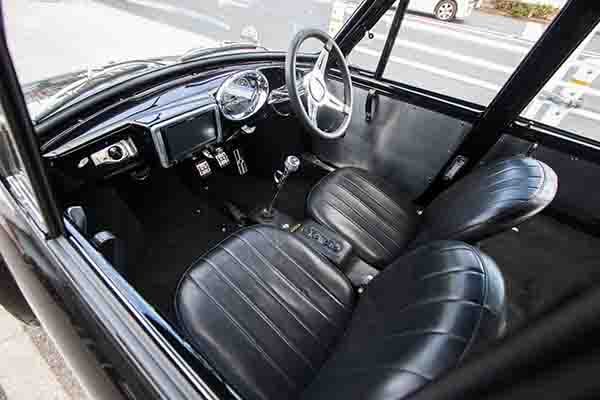 The goal Ken and his friend had to create something that would be so incredible and different, that when others would see it, they would have jaws dropping has been achieved.