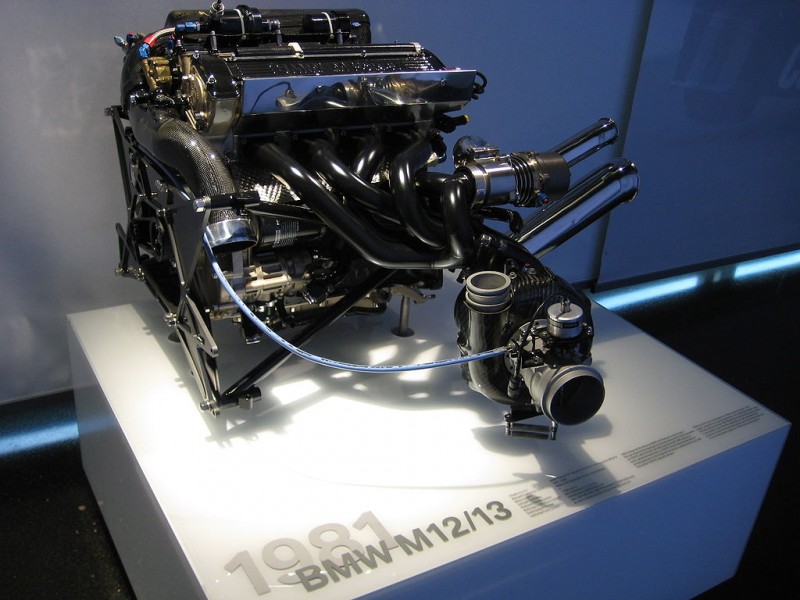 With all of the controversy surrounding current Formula 1 engines and the debate over the series’ future engine formula, we thought it worthy of reminiscing to a time when Formula 1 engines made well in excess of 1,000 horsepower and restrictions were far less cumbersome.

The 1986 season was the only season in history (before the present formula) to out-rightly ban naturally aspirated engines. Several seasons previous, Renault had introduced turbocharging on its entry, being the first manufacturer to do so, for the 1977 season. By 1981, the benefits of turbocharging were clear, and by 1985 every team on the grid was running a turbocharger on their car. Forced induction engines had always been allowed with a the use of  a smaller displacement engine, but few teams made use of supercharging which was before then the dominant technology.

By 1986, the allowance for a 3.0 liter atmospheric engine was eliminated and the only formula allowed was a 1.5 liter turbocharged unit. The number of cylinders was unlimited, and the rev and power limits were unrestricted as well.

In a strange twist of fate, however, the FIA reverted from its turbo-only formula, to banning turbos altogether, in an eventual ban that would last for over twenty years. For the 1987 season, a 3.5 liter atmospheric formula was introduced, with the option of retaining the 1.5 liter turbocharged formula with an additional restriction that boost be limited to 4 bar; however, it was understood that the turbocharged formula would be banned for the coming 1989 season.

The reason for the eventual ban on turbocharging was the fact that it allowed power figures to get quite out of hand. For instance, during the peak of Formula 1 power figures in the 1986 season, turbocharger boost was unlimited in qualifying, and often exceeded 5.5 bar. During these circumstances, the most powerful engine of the era, the BMW M12/13 turbo, produced in excess of 1,400 horsepower. While boost was limited during the race to ensure reliability, power would drop to around 1,000 horsepower.

While many other teams weren’t very far behind in their power figures, the BMW M12/13/1 of 1986, which powered the Benetton, Brabham, and Arrows teams, remains the most powerful engine Formula 1 has ever seen. It is also the most powerful engine ever produced by BMW for any application. The M12/13 evolved from the M12, which was the winning engine of the 1982 season, which itself evolved from the BMW M10 design of the 1960s. A 1.5 liter in-line four, the engine was mounted at a 72 degree angle in the Brabham cars for 1986 in order to improve center of gravity; though Benetton bested them despite the use of an upright design. Highlights of the M12/13/1 include the highest recorded straight line speed in Formula 1 history, when Gerhard Berger’s Benetton B186 was clocked at 219 mph.

Despite earlier successes of the design, the BMW engines didn’t fare well in their last season in 1986. The design suffered from issues related to high fuel consumption and cooling problems. Benetton finished a mere 9th place, above both Arrows and Brabham. BMW withdrew from Formula 1 after that year, though they still offered marginal support to the Brabham team who raced with the engine until the ban on forced induction in 1988 and the transition to the 3.5 liter atmospheric formula.