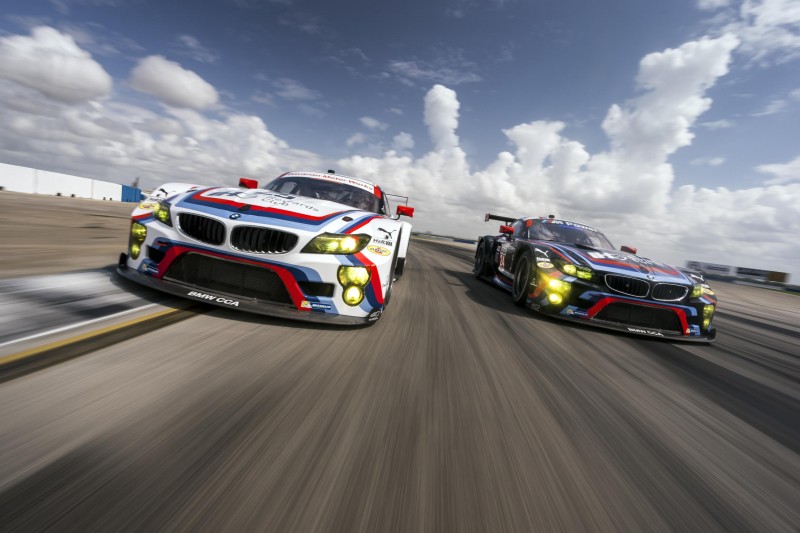 BMW Team RLL will entertain very special guests and race with a commemorative livery on both BMW Z4 GTLM machines at the 63rd Annual 12 Hours of Sebring on Saturday, March 21st. The race marks the 40th anniversary of BMW’s first major sports car race victory in the US. Introduced last Friday evening by Ludwig Willisch, President and CEO, BMW of North America, at his BMW Legends dinner during the Amelia Island Concours d’Elegance, BMW Team RLL will run a special livery on its two BMW Z4 GTLM race cars to honor the iconic BMW 3.0 CSL, which introduced BMW Motorsport GmbH to the US four decades ago.

Joining BMW Team RLL at Sebring will be members of the 1975 BMW Motorsport team, including Jochen Neerpasch, the first BMW Motorsport Director. Brian Redman and Hans Stuck will attend, as two of the original driver lineup that also included Ronnie Petersen and Sam Posey.

Mr. Stuck was named Grand Marshall of the 2015 race, and will drive an honorary lap in a 3.0 CSL before the green flag flies.

In January, BMW Team RLL finished second (No. 25) and fourth (No. 24) at the season-opening Rolex 24 At Daytona, matching the team’s result in 2014. Last year at Sebring, the team reached the podium with a third-place finish by the No. 55 Z4 GTLM. A February 23rd Balance of Performance adjustment by IMSA has the Z4 losing 10 kilograms of weight and gaining 15mm of height to the gurney lip on the rear spoiler for the Sebring start. On March 11-12, the team completed a test at Sebring in preparation for this year’s contest.

As with Daytona, BMW Motorsport DTM driver Augusto Farfus will co-drive the No. 25 BMW Z4 GTLM with season-long drivers Bill Auberlen and Dirk Werner. The trio, with auxiliary help from fellow DTM driver Bruno Spengler, finished a close second place at the Rolex 24.

In the No. 24 BMW Z4 GTLM, BMW Motorsport driver Jens Klingmann will join season regulars John Edwards and Lucas Luhr at Sebring. The No. 24 car finished fourth at Daytona with additional co-driver Graham Rahal. Edwards and Luhr will drive the car for the season. With the addition of Luhr, BMW Team RLL retains two of the top-three drivers on the all-time North American sports car racing victories list. Luhr stands third with 51 victories, and Bill Auberlen second with 53 wins. Both are chasing Scott Pruett, with 59 wins.

“We have always been able to get our BMWs to work well over the bumps, which is very important at Sebring; particularly the last turn, Turn 17, as well as Turn 1, where it is quite rough,” said Bobby Rahal, Team Principal. “Fine-tuning the dampers and other areas really made a difference in our performance over the years. Based on that and the fact Sebring doesn’t have any really big, long straights other than the back straight, I think we will be a bit more competitive there. We won twice with the M3 in the past five years and we had a reasonable race last year. Certainly we hope for the best, with it being the 40th anniversary of the first win with the CSL. I was at that race and in those days you dreamt about driving one of those cars. It was a great win and is obviously a proud moment for BMW Motorsport and BMW. We anticipate there will be a lot of cheering and a lot of people hoping to see another great result.” 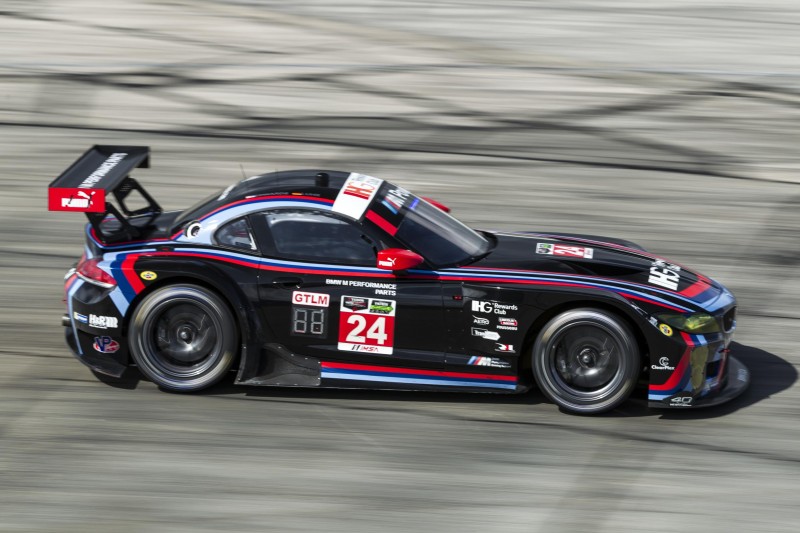