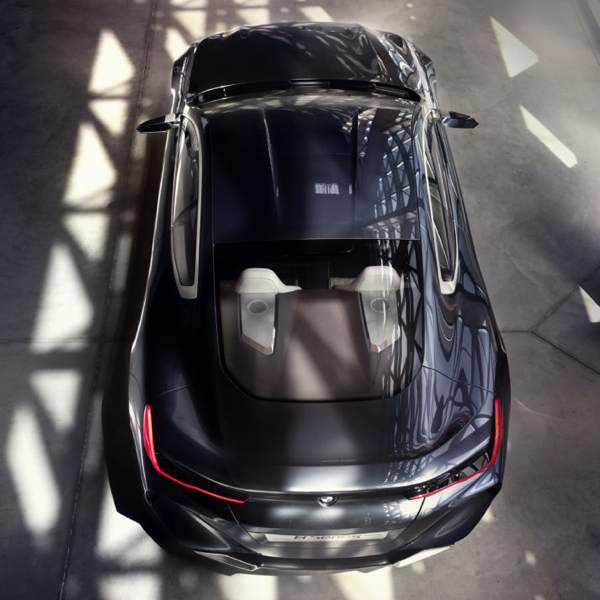 The exterior brings together the past and the future. The BMW Concept 8 Series is immediately recognizable as a BMW, but also displays new design ideas and form-building techniques. “The design of the BMW Concept 8 Series provides a fresh interpretation of iconic BMW styling cues,” adds van Hooydonk. “And it also showcases a new approach to the use of forms which is reflected particularly prominently in the car’s surfacing. A handful of crisp lines mark out clear surfaces, and the car’s volumes are powerfully sculpted. Together, these elements make a forceful statement and create a model brimming with character. In short, this is a driver’s car.” 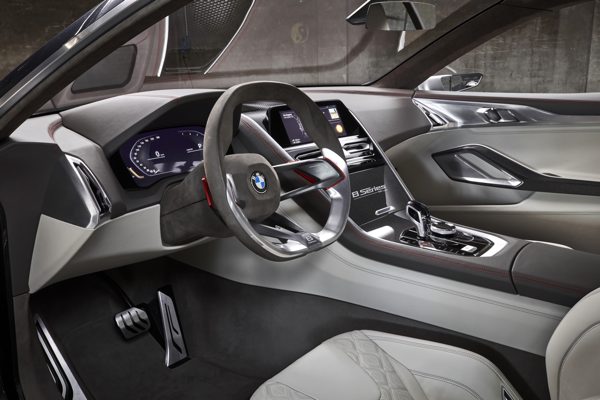 The silhouette of the BMW Concept 8 Series spreads low and powerfully over the road. The interplay of a long hood and flowing roofline bring dynamic allure to the car’s flanks, while the striking upward sweep of the concept’s trailing edge provides a crisp conclusion to the car’s rearward flow and adds another sporting flourish. 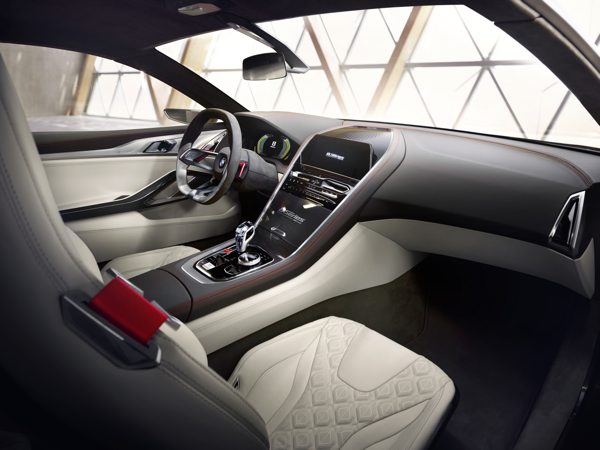 The BMW Concept 8 Series is a preview of a model which BMW is set to introduce in a similar form in the coming year.