We’ve been teased with previews and concepts of this futuristic looking sports car from BMW for years, and now it’s finally here.

People have been wondering for a long time when BMW, or one of the brands under it’s banner, would engineer and market a supercar. A rebirth of the M1 is due to arrive in 2016 or later, but for now, BMW is set to market the i8, which is designed to be a more sustainable and environmentally friendly sports car; the i8 sets precedents with its revolutionary technology, including laser headlights and an all carbon fiber cockpit.

The 1.5 liter straight three that graces the i8 might not seem very potent, but it packs a powerful punch. The turbocharged engine accelerates the car from 0-60 mph in 4.4 seconds. The I3 engine produces an output of 228 hp, but the 96 kW hybrid synchronous motor augments this, to produce a combined output for the vehicle of 358 hp. BMW put extensive work into refining its permanent magnet motor design in order to harness the perfect synergy of efficiency and power.

The i8’s exact federal fuel efficiency figures have not yet been announced, but BMW engineers are estimating that it will achieve somewhere in the vicinity of 90 mpg. This even shames Trident’s Iceni, which managed a respectable 70 mpg. The i8 sports five different driving modes, each of which is tailored to yield a certain mix of power, efficiency, or range. The i8 has a maximum range of 375 miles before refueling or recharge are necessitated. An additional battery-only mode avails the car a range of 23 miles on battery use alone. Top speed in all-electric mode is 75 mph, while the car is electronically limited to 155 mph in gasoline mode. 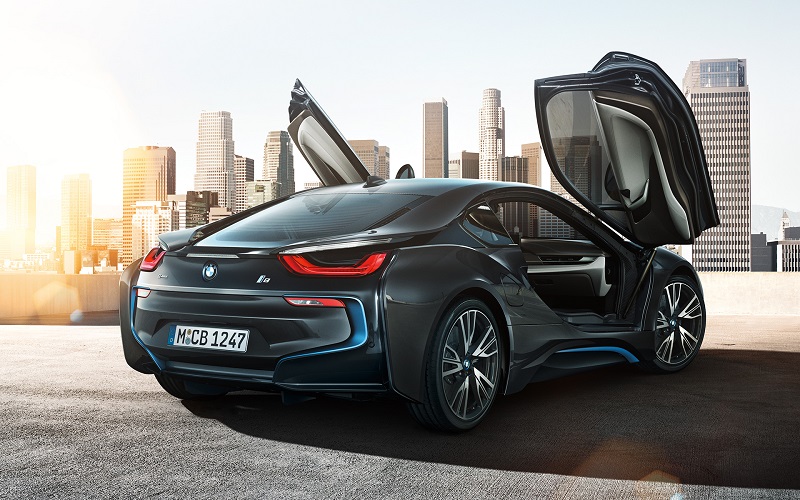 The i8 weighs in at 3,274 lbs. due in no small part to the extensive efforts on behalf of BMW to make the car as composite and lightweight as possible. The i8 is one of the first mass production cars to employ an all carbon fiber cockpit. BMW remains committed to increasing its stake in carbon fiber components, recently investing 200 million dollars into carbon fiber producer SGL Group, which is a BMW joint venture located in Washington. This will make SGL the largest producer of carbon fiber automotive components in the world, and BMW hopes employ this technology for components such as wheels, seat frames, and steering wheels. 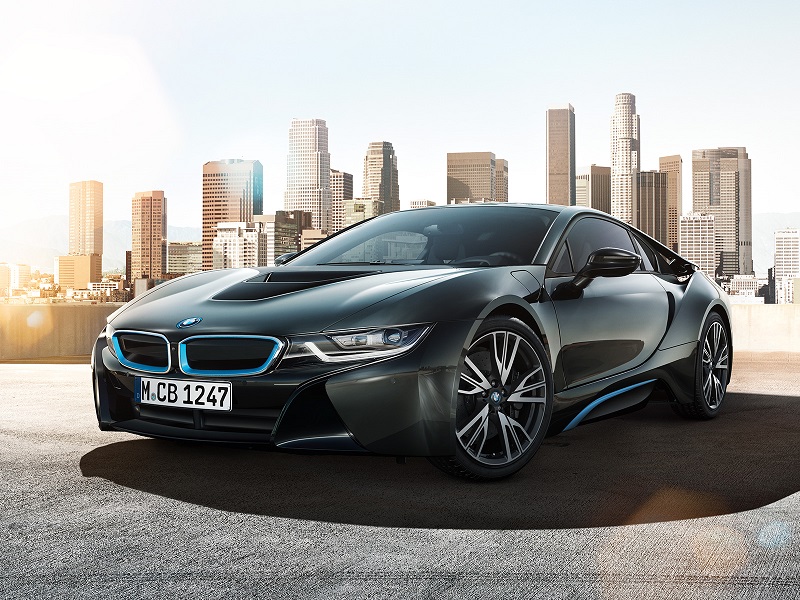 The BMW i8 will hit the streets in Europe in just a matter of weeks, and it’ll arrive in the US just over a month later. The i8 comes with a price-tag of $135,000, and orders have already been racking up for some time now. BMW has certainly succeeded in bringing an environmentally friendly sports car to the market, and some are even contending that the i8 could be a very real threat to Tesla’s market share in the electric/hybrid sports car sector. That may be a little premature of a prediction, but most will agree, the i8 certainly has a lot of potential. 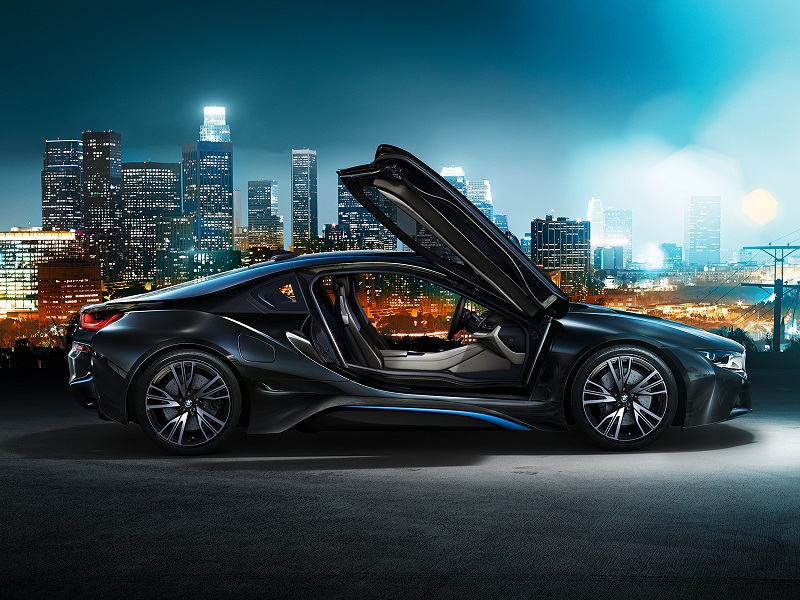