An estimated 2,000 tons of salt were successfully deposited on the mud surface at the end of the access road to the Bonneville Salt Flats. It was graded and then dried to a hard concrete-like racing surface. Although modest in scope, the project demonstrates that it should be possible to deposit dry salt in targeted areas so as to help preserve this national treasure, the site where land speed records have been set over the past 100 years. 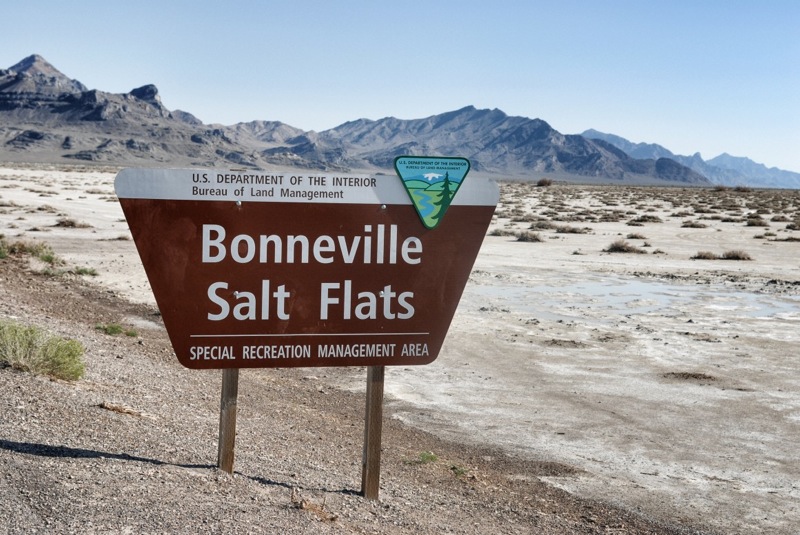 The project took place over several days in mid-June. It was organized by the Save the Salt Coalition in coordination with the Southern California Timing Association (SCTA) and the U.S. Bureau of Land Management (BLM).  Shelton Construction deposited the salt over the mud, an area once covered by salt. The company has decades of experience working in and around Bonneville.

“The dry salt laydown project marks a milestone event as we celebrate a century of racing at the Bonneville Salt Flats,” said Doug Evans, Chairman of the Save the Salt Coalition. “There has been a significant loss of salt in the area since the 1940s. While millions of tons of salt brine have been pumped back in recent years, a supplemental dry salt program will focus on targeted areas such as the race tracks.”

The Bonneville Salt Flats is a National Landmark and a geologic phenomenon of international significance. For motorsports enthusiasts world-wide, it is hallowed ground. From the first speed record attempts in 1914 and through the present day, hundreds of records have been set and broken in a variety of automotive and motorcycle classes.

The Save the Salt Coalition is comprised of a number of organizations and companies within the land speed racing community with the mission of restoring the Bonneville Salt Flats. The Coalition has been fundraising to pay for equipment and transportation costs associated with the dry salt program.

“The Coalition is now eager to take the next step this summer by laying down a 2-mile strip of salt the width of a race track,” said Ron Main with the Speed Demon team (the world’s fastest piston-driven vehicle). “Pending BLM approval, the test project will confirm that we can repair areas where it’s needed and help preserve and protect our national treasure – the Bonneville Salt Flats – for our future generations.”