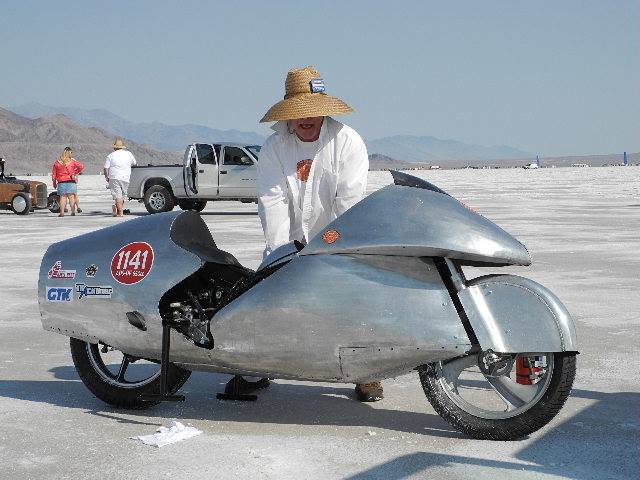 Organizers said they need at least 4 to 4-1/2 miles of good condition, flat salt surface to set up a course. However, they were only able to find about 2-1/2 miles of suitable salt that was either covered in mud or too rough for a course that would allow cars and motorcycles to reach record speeds in excess of 300 mph in some classes.

The SCTA President/Race Director Bill Lattin and Bonneville Nationals Inc. (BNI) Chairman Roy Creel surveyed the salt on Monday before making their final decision to cancel the event, according to SCTA. The most they could find was 2-1/4 miles of salt suitable for a safe race course. The rest of the salt flats, according to SCTA, is either wet or wet and muddy. If the wet salt dries out, future events this year may still be possible.

According to the SCTA website, some hotels such as the Nugget will be refunding for reservations for racers. There were approximately 600 racers registered to make land speed runs during the Aug. 8-14 Speed Week event.