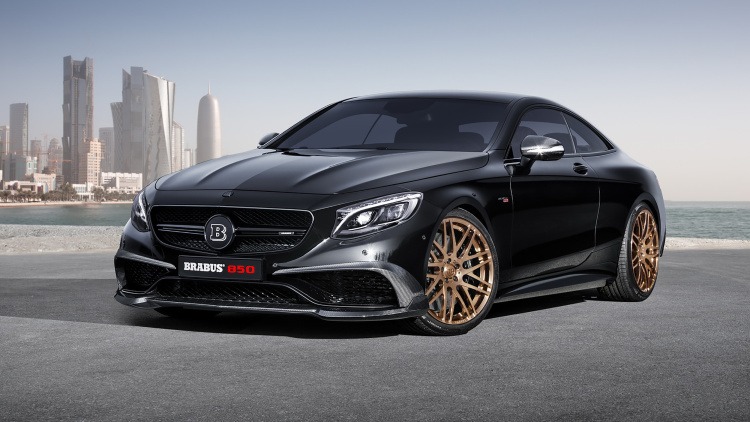 The Mercedes S6 AMG is enough of a machine in it’s own right. However, Brabus, the semi-official tuner of Mercedes vehicles, decided it was time to go to work in order to make the car a little bit more formidable.

Termed the Brabus 850 6.0 BiTurbo Coupe, the car sports exactly the power the name implies, with 850 horsepower coming from a modified version of the Mercedes-AMG 5.5 liter bi-turbocharged V8. However, Brabus has modified the engine substantially, including an expansion of both stroke and bore, to a displacement 5.9 liters, with the stroker kit coming in conjunction with a special Brabus lightweight performance crankshaft. Now, why they didn’t just opt for the 6.0 liter Mercedes-AMG V12 to really crank up the red-line on this car is beyond us. Maybe they wanted to up the torque numbers by as much as possible; the car is capable of producing a sickening 1,069 lb. ft. in this category but is electronically limited to a milder 848 lb. ft.

Brabus has added new “special” turbochargers of their own engineering, and they’v given the car an entirely new intake system to increase airflow by as much as possible. Brbaus also moved to ramp up the aerodynamic profile of the car. A new diffuser and a rear spoiler complement seemingly ubiquitous use of carbon fiber.

Brabus retains the use of the Mercedes seven-speed automatic transmission, which they’ve left pretty much unaltered, save for the addition of a nice set of paddle shifters. The 4-Matic AWD system drives the customer’s choice of wheels between 18 and 22 inches. The 850 6.0 BiTurbo Coupe has been electronically limited to 217 mph, reportedly due to concerns of tire integrity at high speeds.

So there you have it- Brabus’ improvisation of the S-Class coupe we’re such big fans of. What do you think? Drop us a comment below. 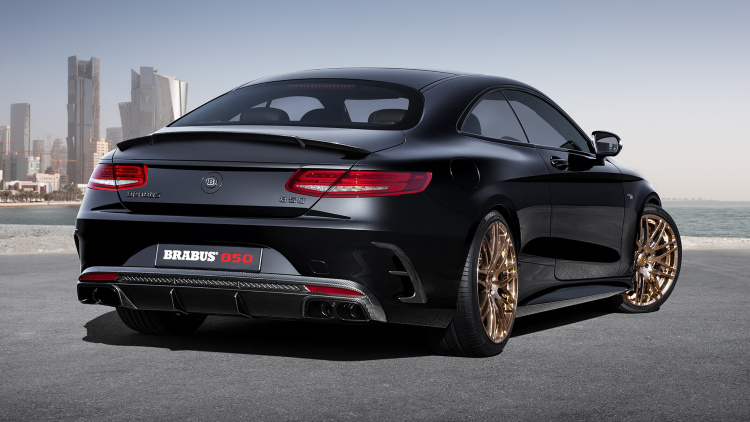