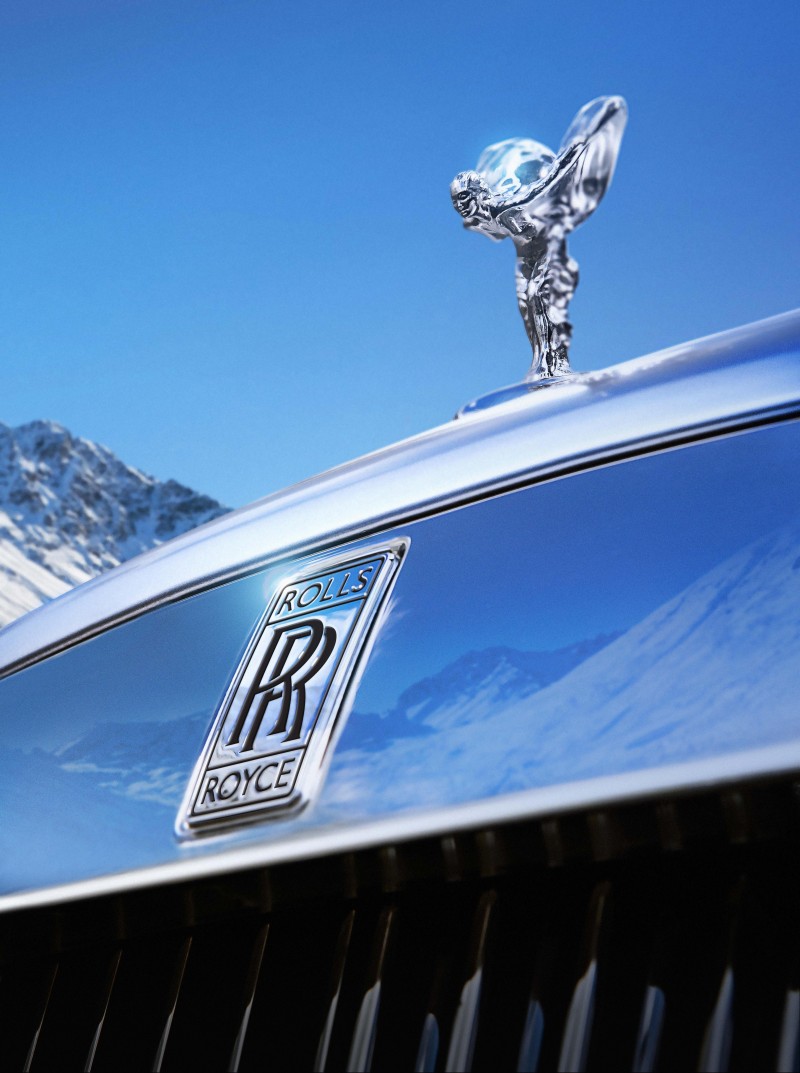 It seems all of the today’s luxury manufacturers at at least looking towards SUVs and crossovers, and now Rolls-Royce has been added to the list. About this time last year, with news that Bentley was producing an SUV with an off-road character, and the official announcement that Lamborghini was bringing its Urus concept to market by 2017, much of the community was naturally looking to Rolls-Royce. And they said no. In fact, the English company even went as far as to say that they wouldn’t be interested in producing an SUV any time in the near future.

However, today that changed. In an open letter to the public, the two top Rolls-Royce executives, Chairman Peter Schwarzenbauer and CEO Torsten Müller-Ötvös, addressed the automotive community and confirmed the company’s change of heart. Though they didn’t denigrate the new vehicle by calling it an “SUV,” they did almost certainly imply that it would be such.

Describing the car  as a “vehicle that can cross any terrain” and a “high-bodied car, with an all-new aluminium architecture,” the company made clear its intentions to challenge rivals Bentley and Lamborghini, whose SUVs will undoubtedly attempt to convey a similar ethos.

Other than the aluminum architecture, which will undoubtedly grant the car a much more lightweight character, we have no technical details of the vehicle, and which engine it will get is beyond our speculation. With a variety of parent BMW’s power-train technology available, expect it to be cutting edge. The car is even likely to have off-road capability, which jettisons it into competition not only with the aforementioned brands’ SUV models but also with Land Rover’s compact Range Rover Evoque. Of course, we won’t fault you if you’re still balking at the idea of an off-road Rolls-Royce.

The entire letter, released this morning by the Rolls-Royce press office, can be read below,

The launch of Phantom in 2003 marked the beginning of the renaissance of Rolls-Royce Motor Cars. Since then, we have set a new benchmark for what a super-luxury car should be – unique, hand-crafted, beautiful and rare. Often imitated, Phantom has never been equalled and continues to be hailed as ‘The Best Car in the World’ by our customers and media alike.

Twelve years later, after the introduction of successful new models like Ghost and Wraith, Rolls-Royce stands proudly at the pinnacle of British luxury manufacturing, confirming our custodianship of this precious marque.

Now we have reached another seminal moment in Rolls-Royce’s 111-year journey.

Today we confirm that we are developing an all-new Rolls-Royce with exceptional presence, elegance and purpose:

This new Rolls-Royce will be Effortless … Everywhere.

Many discerning customers have urged us to develop this new car – and we have listened. At Rolls-Royce Motor Cars we are uniquely focused on the desires of our customers and are driven by our own thirst to innovate. So we challenged our engineers and design team, led by Director of Design Giles Taylor, to create a different and exceptional new car.

This car will embody all the values and capabilities that drove our two Founding Fathers to secure Rolls-Royce’s reputation, early last century, by taking top honours in rigorous overland adventures such as the Scottish Reliability Trials, the London to Edinburgh event and the Alpine Trials.

Rolls-Royces conveyed pioneers and adventurers like Lawrence of Arabia across the vastness of unexplored deserts and over mountain ranges. In other parts of the world including Australia, India and the Americas, Rolls-Royces carried their owners over challenging terrain with absolute reliability and comfort.

History sets our precedent and our future calls us to action.

This new journey begins now. We will take our time in developing and perfecting this new concept in luxury. We will include our customers, enthusiasts and media along the way and will keep you informed of our progress.

Until then, rest assured, we are creating a motor car in the greatest traditions of our marque.

Sir Henry Royce famously said: “When it does not exist, design it”.

We are doing just that.