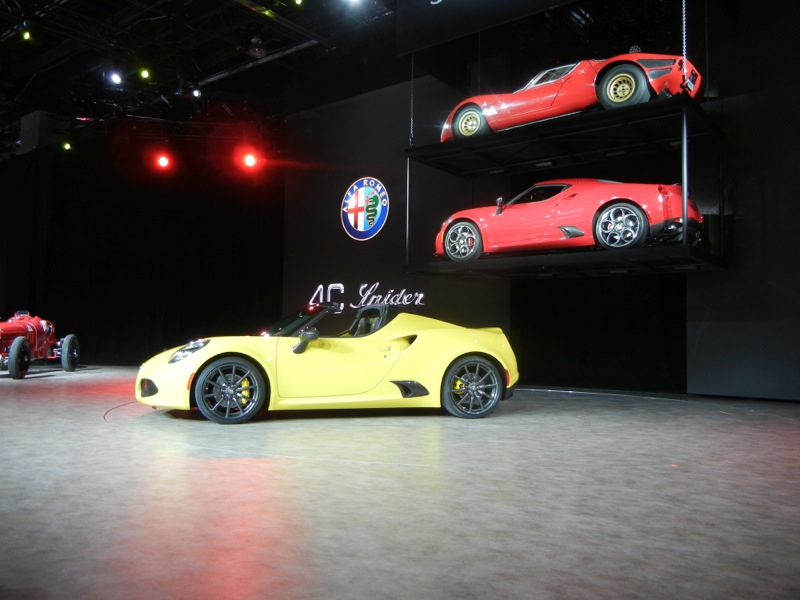 All cars are not supercars despite what some people may think. Women love supercars and sometimes the men who own them. Consequently, men WANT supercars – but let’s face it, we ALL want supercars, although we can’t all have one. That would render a supercar the same as a KIA if everyone could own one. This is why I think Alfa Romeo may be on to something with their 2015 4C Spider: it’s exotic without being ridiculous. 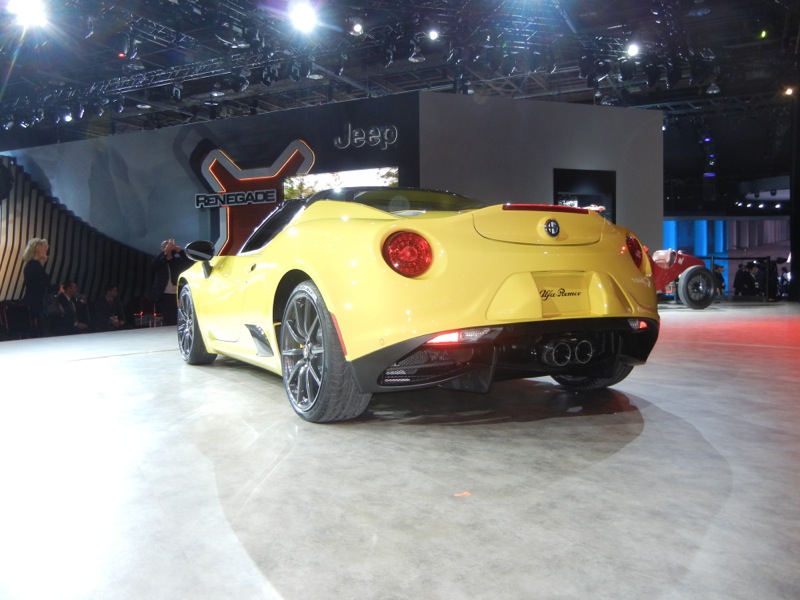 Alfa rolled out its latest iteration of the 4C at the 2015 North American International Auto Show, which is coming to a close this week. Alfa says that its all-new Spider is inspired by more than 100 years of Italian design, and that may be true and all, but will the American public care? Alfa is betting that America will eat up the 4C, but only in limited numbers. Only 3,000 4C Coupe and Spiders will be produced, with about 1,000 destined for U.S. and Canadian dealers. 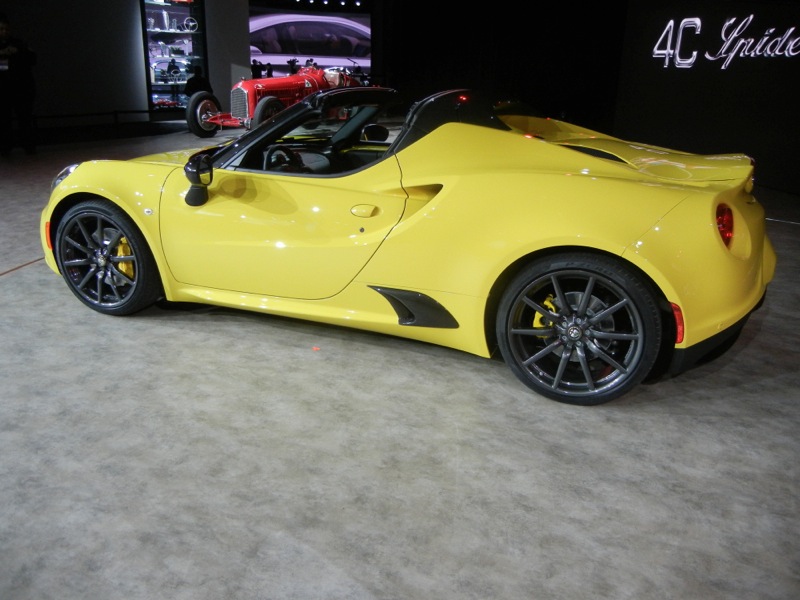 According to the Detroit News:

“This car has everything serious drivers need, and nothing that they don’t,” said Reid Bigland, Alfa Romeo head of North America, during the car’s unveiling Monday morning at Cobo Center in Detroit.

“A lot of unique elements to this vehicle that really sets it apart,” said Richard Cox, Alfa Romeo director of North America, in a previous interview with the Detroit News.

Alfa Romeo made its triumphant return to the U.S. market by unveiling the 4C Coupe last year at the New York International Auto Show. While the 4C Spider features much of the same performance specs as coupe, including a carbon-fiber body and all-aluminum mid-engine design, it does get a few features all its own with a dual-mode, center-stack Akrapovic exhaust, unquie carbon-fiber halo windshield frame, new wheel designs, even more carbon fiber, and obviously, the removable top that comes in cloth or optional carbon-fiber. It also gains a few pounds to beef up the chassis for the removable top, but Alfa engineers say it won’t affect the great power-to-weight ratio these cars are known for. The Spider is set to go on sale this summer and only a few hundred will be imported initially. 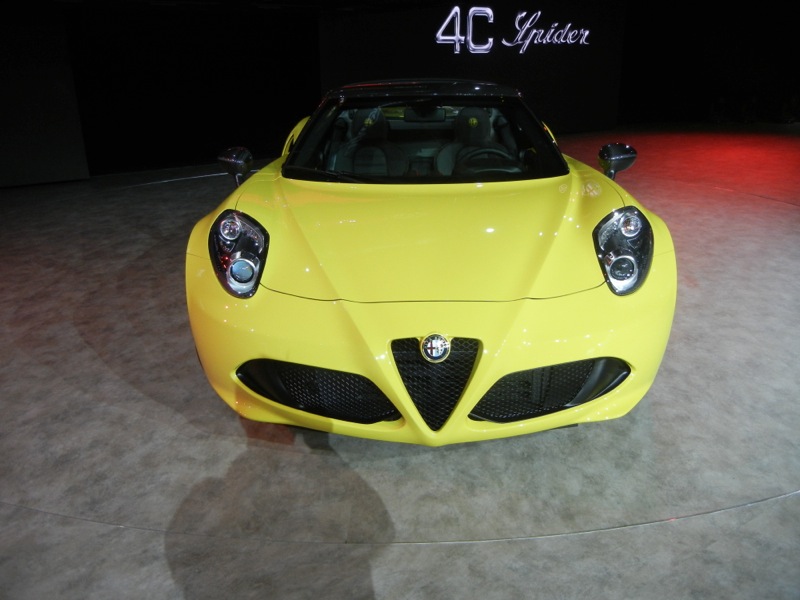