Billy Monger, 17, was airlifted from Donnington Park raceway last weekend after sustaining serious injuries in an accident involving a stalled or stationary car on the course during a British Formula 4 race event.

British news reports have called it a “heart-wrenching” crash, and thousands have viewed video footage of the accident taken from Monger’s in-car camera. He was taken to a nearby hospital in Nottingham England where doctors, sadly, had to amputate both of his legs to save his life.

A statement released by the British Formula 4 Championship gives further details and lists a link to a Crowd Funding page that has been started for Billy’s recovery:

The incident that happened during the British F4 race at Donington Park on 16 April, 2017, is deeply saddening for all those involved.

Billy Monger is in a critical, but stable condition at Queen’s Medical Centre in Nottingham where he is receiving the best medical attention possible. The medical team there are pleased that all Billy’s vital signs are showing progress and going in the right direction.

Due to the injuries sustained and despite every effort, Billy has sadly had both lower legs amputated. He has been kept in an induced coma while undergoing surgery, from which he is expected to be woken in the next few days.

Billy’s family would like to express their gratitude for the first-class medical attention given by Queen’s Medical Centre in Nottingham and take this opportunity to thank the medical teams, marshals, extrication crews and air ambulance staff for their skilled response and hard work.

Furthermore, they would like to thank Billy’s colleagues, friends, fans and everyone who has demonstrated their affection for him over the past few days. These messages help give the great strength needed for the recovery process that lies ahead.

A crowdfunding site has been set up to raise funds for Billy and his family, to contribute towards the specialist treatments that will be needed for his recovery. To donate to this fund please visit: http://bit.ly/2pggxoJ.

The F4 community and wider motorsport world will no doubt be saddened by this news, but are asked to respect the family’s wish for privacy during this difficult time. 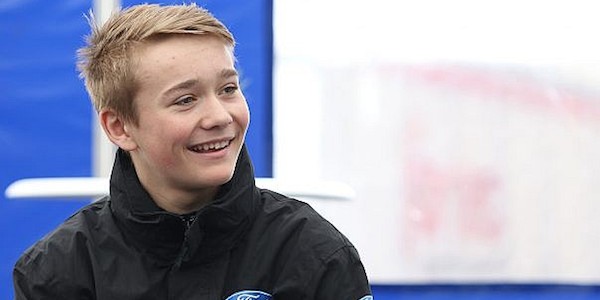 Well known in Motorsport for being not only an extremely talented young driver but for also being a truly special 17 year old – loved and admired by his team, fellow competitors, supporters and of course his devoted family. Billy is a complete one off, a cracking young man with a spark that makes it impossible for anyone not to like him. Full of spirit, Billy is one of those people that instantly lights up a room. His positive, plucky outlook on life is not only hugely endearing but also incredibly inspirational and it’s phenomenal to see how respected and loved Billy is.

Having always been a fighter Billy has already overcome big hurdles in his career – struggling for budget Billy has fought his way into top flight Motorsport, however, we now need your kindness and support to help give Billy and his family the best chance to fight these injuries that will affect Billy’s life so massively.

We are in the process of establishing a Trust to receive, hold, manage and expend funds for Billy’s benefit. In the meantime you can help start the process by donating online. Donations will be used to fund the care, treatments and therapies required by Billy in the immediate future and going forward, helping him to return to a full and active life.

The motorsports industry is a small fraternity that generally pulls together under tragic circumstances. Drivers from all over the motorsports globe have been donating and promoting Billy’s Crowdfunding page to raise money towards his lengthy recovery. As of this writing his crowdfunding efforts have increased dramatically, surpassing their goal with the equivalent of $680,000 (USD) raised so far.

Despite his tragic situation, Monger has reportedly said that he wants to race again. We certainly hope he does. Godspeed, Billy!

Billy Monger, the 17-year-old driver who has had his legs amputated, says he wants to race again.https://t.co/3wvXVp4tZs pic.twitter.com/i39v3Dp5xM