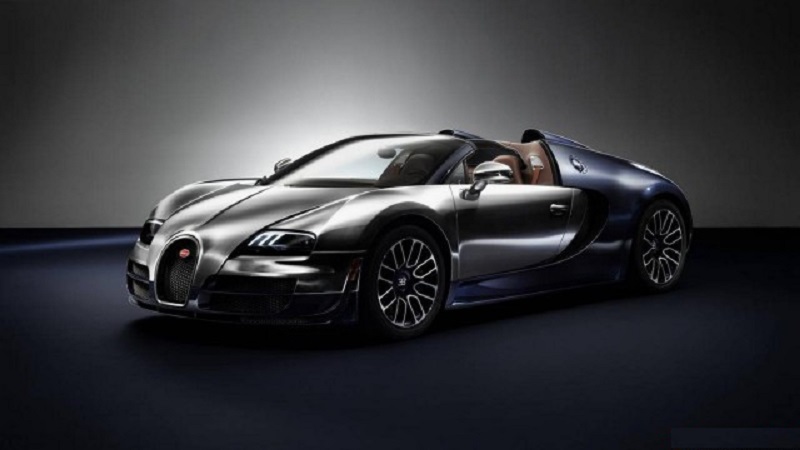 The  front end and body of this Legend gets a clear-coated carbon and intricately detailed hand-polished aluminium finish. This material is used for the entire front and side panels including the bonnet, the mirror bases and housings, the exterior door handles and the corners of the bumpers, the wings and the doors. The “Ettore Bugatti” features sill panels and A-pillar trims finished with dark-blue exposed carbon.

The eight spoke wheel design is new to the Veyron and reflects the design of more historic Bugatti wheels. The Bugatti horseshoe and the EB logo at the rear shine out in pure platinum. To top it off, Ettore Bugatti’s signature is engraved into the tank and oil cap and is painted in silver.

The presentation of the six Legends models (except one) will take place in California next week during Monterey Car Week. Then, the complete set will be on display on Friday, August 15 at “The Quail: A Motorsports Gathering” and also on Sunday, August 17 at the “Pebble Beach Concours d’Elegance”. The display will mark the end of a year-long celebration which started at last year’s Pebble Beach with the introduction of the Bugatti Veyron Grand Sport Vitesse Jean-Pierre Wimille Edition.

Each Bugatti will cost €2.35 million net of tax.