Fuller’s team chose to convert a Triumph Speed Triple because of its reputation as a top performing sport bike. Using patented technology from TreMoto, the Speed Triple will be specially converted to handle and lean like a traditional two-wheel sport bike. Bryan Fuller and his team will consult with TreMoto throughout the build process to ensure the Speed Triple maintains its revered riding capabilities as a three-wheeled sport bike. 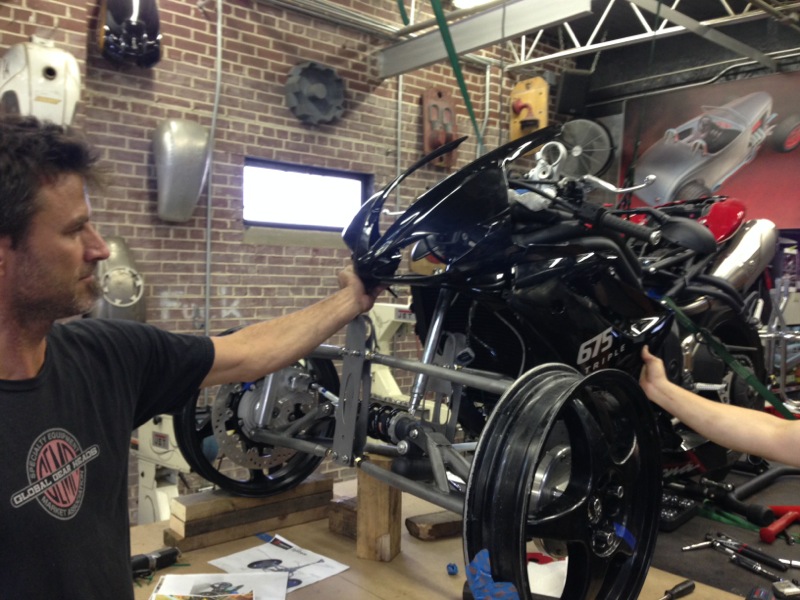 “Converting a Triumph into a high performance sport trike is a fabricator’s dream,” said Fuller. “The Triple Speed concept will provide the best of both worlds. It will be agile, nimble and perform like a traditional two-wheeled sport bike, with the added stability of a three-wheeled trike.”

The build, expected to take 14-18 months, will include reengineering the Triumph’s front end to accommodate two wheels and the increased weight of the new independent suspension and steering components that will allow the bike to lean up to 30 degrees left and right. The brakes will also be upgraded to include a Beringer super light performance braking system and ARP 12-point stainless steel fasteners. The bike’s drive train, engine, exhaust and rear wheel will remain unchanged.

OTC and Fuller Moto expect to bring the “Triple Speed” to major industry shows in 2014 and 2015, including AAPEX, tool and equipment distributor expos, Barber Vintage Fest and the Performance Racing Industry show.

More information about the Triple Speed can be found at www.OTCTools.com/TechniciansCorner