In 1951, TV was becoming a factor in the sports world. As TV made sports a bigger part of life, interest in sporty cars grew. Studebaker made its 1951 Commander models sportier by reducing size and adding new engines.

Champion continued as Studebaker’s low-priced line. The outer edge of the “bullet-nose” section was body color and the center piece was plastic. One-piece, curved windshields were standard for all body styles. The former two-piece rear window on two- and four-door sedans was replaced by a one-piece unit. 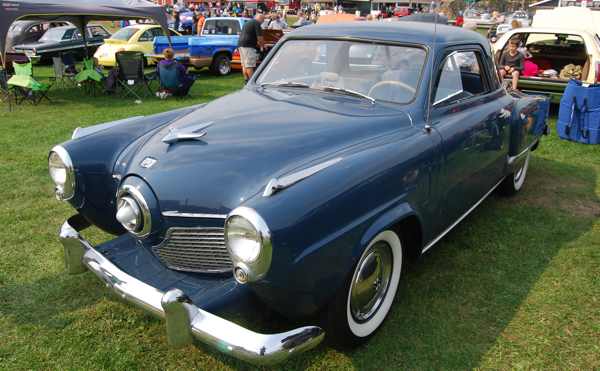 Champions and Commanders, except the Land Cruiser sedan, shared the same wheelbase and length. All body and fender panels used on comparable models in both car lines were identical. This must have saved Studebaker money. Model identification scripts were on the hoods. The Commander Land Cruiser sedan used a new 119-in. wheelbase and measured 201.5 in. long.

Champions could easily be identified by the model name in script on the front of the hood. Painted headlight and taillight trim rings were used only on Custom models. Deluxe models had chrome headlight and taillight trim rings, but lacked the stainless steel rocker panel moldings that were standard on Regal models. The “Deluxe” term was deleted from the top-of-the-line Regal trim name. 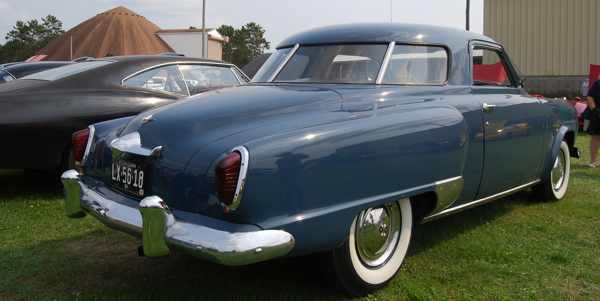 The same four body styles offered in 1950 were carried over as Custom and Deluxe Champions in 1951. The fancier Regal line added the convertible as a fifth model. Prices started at $1,471 for the Custom two-door coupe. The $2,034 Regal convertible was the priciest Champion. Most models weighed around 2,600 to 2,700 pounds, with the 2,890-pound ragtop being the heaviest again. All models rode a two-inch longer (115 inches) wheelbase and were 197.5 inches long. Tread widths and tire sizes matched those of 1950 Champions.

New for Commanders in 1951 was the shorter 115-in. wheelbase (except Land Cruiser) and an overhead-valve V8. The Deluxe trim name was discontinued and Regal Deluxe became Regal. A new State name was used for top-of-the-line models. State models came standard with fender ornaments. 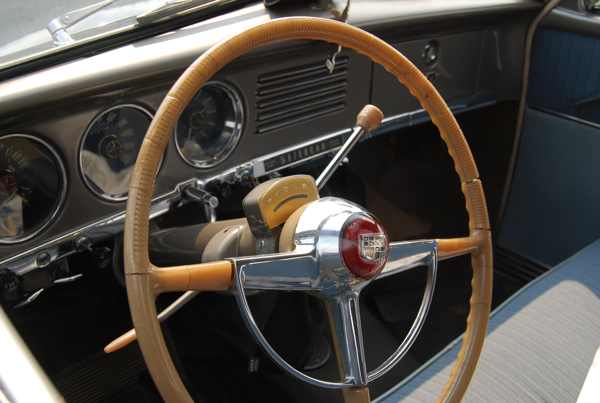 Body selections were the same as in 1951, except that the Los Angeles plant produced one Commander business coupe. Styling changes were the same as on Champions. The grille on both Commanders and Champions was increased in size and moved forward so it was flush with the front sheet metal. The Commander name written in chrome script could readily be seen on the left-hand side of the hood. Both Commanders and Champions had larger taillight lenses than in 1950. The Land Cruiser name remained on the front fenders.

The Regal lineup included a two-door sedan, four-door sedan and Starlight coupe models. These were all offered in the Commander State line, along with a convertible. The Land Cruiser sedan, on the longer wheelbase, was the top Commander offering. Prices for these nine models started at $1,807 and ran as high as $2,244 for the ragtop. Series production was 124,329 units. Of these, 38,055 were Land Cruisers. Only 3,770 Commander convertibles were made. 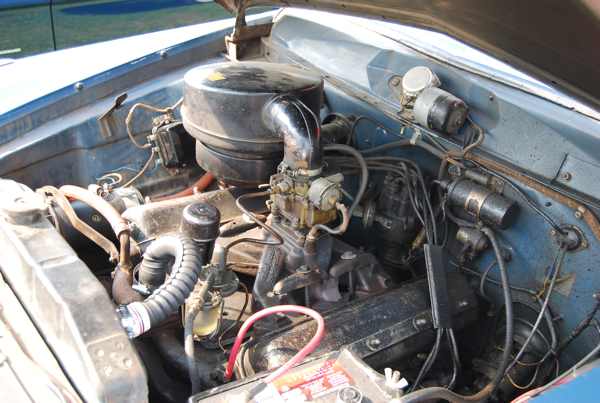 Champions again used the 169.5-cid 85-hp L-head six. Its long suit was economy of operation. The Champion Six beat all other standard-size cars in the 1951 Mobilgas Grand Canyon Economy Run by averaging 28.6 mpg.

The Commander’s new five-main-bearings overhead-valve V8 had a 3-3/8 x 3-1/4-inch bore and stroke. With 232.6 cubic inches, a 7.0:1 compression ratio and a Stromberg two-barrel carburetor, which was good for 120 hp at 4000 rpm. The V8 was said to be of high-efficiency design with “thrilling power and acceleration.” It was a responsive engine and had good flexibility in all driving ranges. It ran out smoothly and vibration free on regular gasoline. 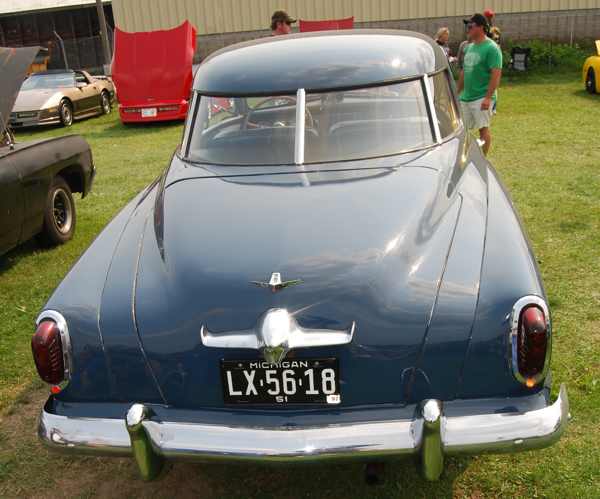 The car pictured belongs to 23-year-old Greg Grundy, who brought his 1951 Studebaker Commander V8 Starlight Coupe to the Lion’s Club car show in Merrill, WI. “I got it from my grandfather Al Argentati,” he said. “He passed away last week. I brought the car up for his funeral. So, I brought it to this show in his memory.”