“The 2016 Camaro is a superb car that’s light, nimble and fun to drive,” said Reeves Callaway, founder and CEO of Callaway Cars. “We designed the Callaway Camaro SC600 to deliver an even more driver-focused experience for those seeking even more power. Using the TripleCooled™ technology we developed for the Corvette Z06, we created the most powerful Callaway Camaro available today.”

“While we engineered a complete package that enhances the new car’s performance, our GenThree supercharger is the heart of the Callaway Camaro SC600,” said Mike Zoner, a seasoned engineer and Managing Director of Callaway Cars. “The TVS 2300cc based supercharger rises prominently through the hood, staying cool as it produces serious horsepower, run after run and lap after lap. The Callaway Camaro SC600 offers supercar capabilities with superb drivability and full compliance. It’s simply an amazing car.” 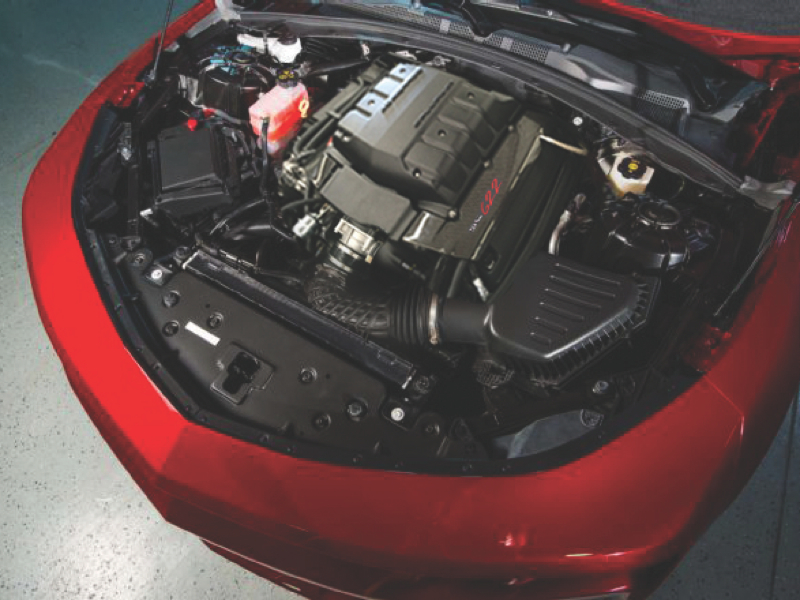 The supercharger housing extends up through the hood, exposing it to outside ambient airflow and its benefit of convective heat transfer. This makes the supercharger visible without opening the hood as heat is extracted from the engine compartment by natural flow.

“The supercharger assembly is not cramped below the hood because we wouldn’t compromise performance or reliability,” said Callaway. “Our manifold maintains consistent charge air temperatures with exceptionally low restriction. Plus, we achieve even airflow distribution to all cylinders. The result is a broad torque band and more consistent power delivery during extreme driving, unlike traditional under-hood installations. Every Callaway Camaro maintains the factory GM warranty and is supplemented by Callaway’s powertrain coverage.”

The Callaway Camaro SC600 can be purchased with either an automatic or manual transmission; it is also available as a coupe or convertible. *Power and performance specifications are subject to final validation. Callaway Camaro SC600 production is scheduled to begin in the first quarter of 2016. The Callaway SC600 starts at $54,290 (including the base Camaro SS). Pre-orders are now being accepted for the limited edition car by authorized Callaway GM dealers in North America.