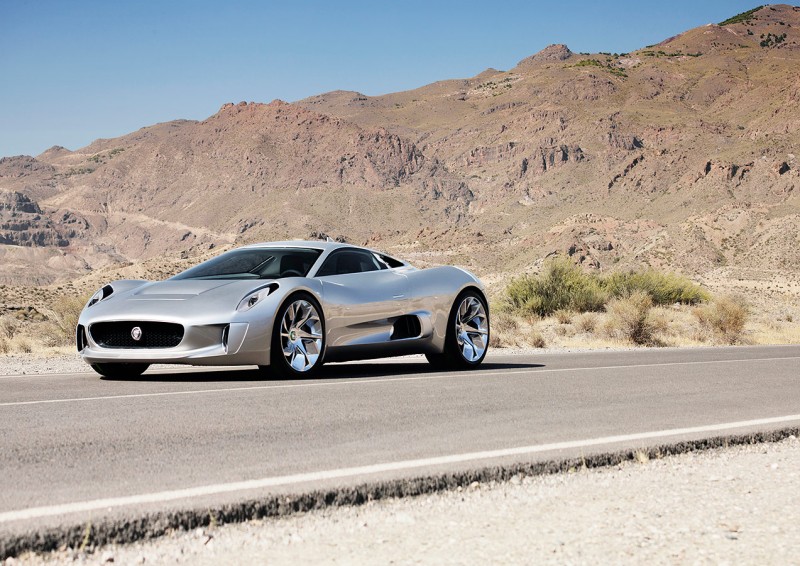 The Jaguar C-X75 supercar that was co-developed by Jaguar, Cosworth, and Williams, only to be cancelled several months later, has just been given a new breath of life. According to reports, the car will be appearing the the next James Bond film as the official ride of the villain.

The Jaguar C-X75 was developed in 2012 by Jaguar and Williams, and several prototype specimens were produced. However, the project was cancelled late the same year. The C-X75 was powered by a 1.6 liter straight four engine with twincharging and direct injection. Coupled with a hybrid setup, the engine would have produced well over 500 horsepower, plus whatever output was generated from the two electric motors. Jaguar’s aim was to get the car to achieve a 0-60 mph time of under 3 seconds and a top speed of over 200 mph.

However, when the project was cancelled, due to financial concerns and Jaguar’s intent to focus on “other priorities,” the five prototype examples already built were stowed away. Two were sold to collectors, and three were retained by the company. Now those cars will be put to good use.

The next Bond film, being released in 2015 and entitled Spectre, will feature villain Franz Oberhauser, played by Academy Award winning Austrian actor, Christoph Waltz. Oberhauser is surmised to head the Spectre criminal organization and ostensibly has another, secret identity of intrigue in the Bond franchise. It seems only fitting that a Jaguar be pitted against James Bond’s Aston Martin; the new DB-10 has been confirmed as Bond’s car for the next film.

For filming purposes, the C-X75s used will have the hybrid power-train removed. Jaguar’s supercharged 5.0  V8 will be the engine of choice instead.