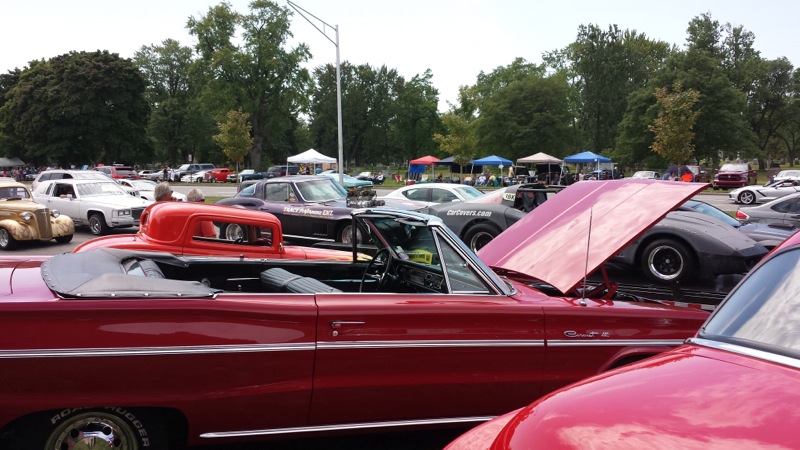 Amidst the shambles of abandoned buildings, road construction that will never be finished and outskirting areas of poverty-stricken communities is an absolute gem of automotive nostalgia. When exploring the Detroit area, you get the feeling that everything that once made up this city of motors is either dead or dying – certainly not the case.

The people that have stayed in the metropolitan area have a sense of pride on a level you don’t feel in other cities. It’s as if they’re saying “we love our city no matter what,” and they truly mean it.

I have never seen so many classic cars in one place in my life. Muscle cars, rat rods, hot rods, kit cars, extreme mods, donks, movie cars, drag cars – they were all there. Woodward Avenue itself stretches for miles and the cruise branches off into six different suburbs – each one hosting their own stationary show with vendors and music. 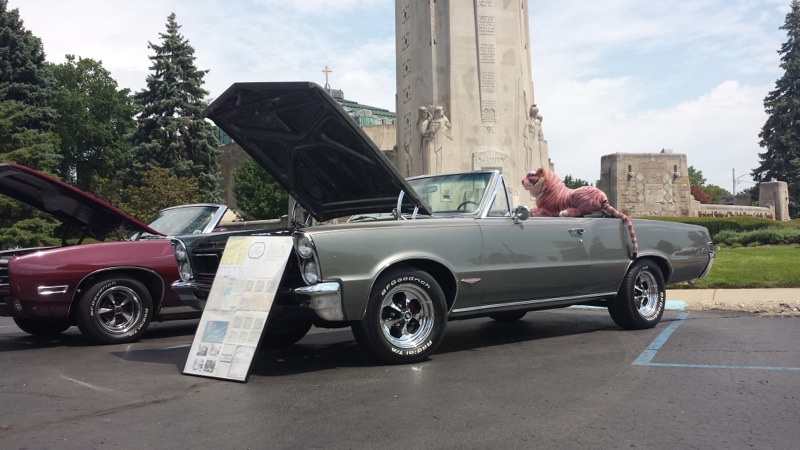 First and foremost the Woodward Dream Cruise makes you proud of America and our car culture. Over a million automotive enthusiasts line the streets while over 40 thousand cars rumbling down Woodward Avenue’s historic pavement. Camping chairs and pop-up canopies line the sidewalk for miles around. Old, young and really young alike cheer and give a thumbs up to their favorite cars. The hooligans haze drivers, egging them on to smoke the tires. Chants of “light em’ up,” can be heard from all around – everyone wants a show.

As a younger man, I experienced a feeling of nostalgia that I have never had before. It made me feel how I felt when I watched the movie “American Graffiti.” It was the early ’60s and there wasn’t much else to do but drive around with the radio blasting, challenging other drivers at red lights and eating greasy burgers and hot dogs – could life be any sweeter?

This show is the ultimate bucket list item, and if you’re coming from out-of-state, the only thing it’s going to cost is travel, a hotel and maybe a shirt or two. This is one of the best automotive experiences in the world and once you’ve gone, you’ll need to go again.

Make plans to join the AVI team next year as we host a hospitality event right in the heart of the show in Pontiac, Detroit. A fair warning: you will be overwhelmed.