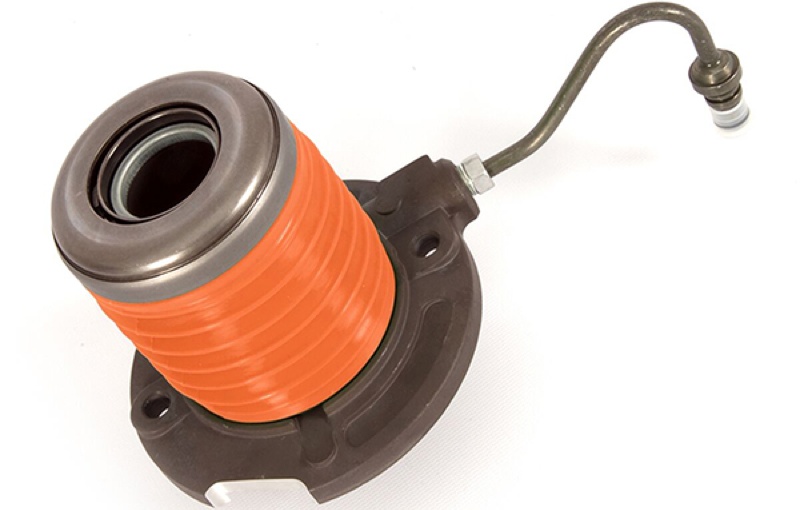 Clutches in 2005-2010 Mustangs tend to take a lot of abuse, and their throwout bearings also feel the pain. When replacing or upgrading the existing clutch, it’s common sense to replace the throwout bearing (clutch release bearing) at the same time.

The stock release bearing will wear over time — seals fail and the clutch won’t properly disengage. Why not replace it with something that is going to ensure proper clutch engagement for years to come? The new Centerforce hydraulic release bearing can be paired with a Centerforce Clutch, featuring the patented centrifugal weight system, to create a performance clutch package.

The modular V-8 found in the 2005-2010 Mustang is capable of producing prodigious amounts of horsepower and torque — particularly now that the aftermarket is running absolutely wild with it. The stock clutch assembly can only cope with so much power before it quickly becomes the limiting factor in your build. The Centerforce hydraulic clutch release bearing covers the 4.6L and 5.4L V-8s as well as the 4.0L V-6.