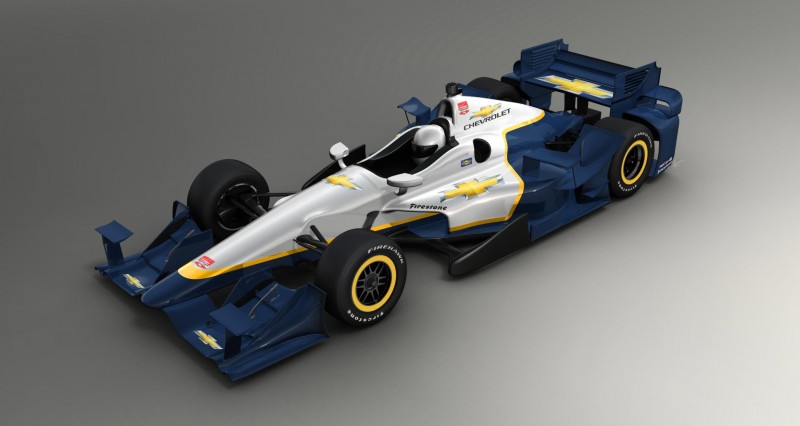 Chevrolet introduced the road course/short oval body design today at the Indianapolis Motor Speedway. It is distinguished from the previous racecar with new front wing elements, sculpted side pods and a new rear wing.

A speedway configuration for the aero kit, designed for high-speed ovals, will be introduced ahead of its competitive debut at Indianapolis in May. The new Chevy road course aero configuration delivers greater aerodynamic performance than the previous design.

The road course configuration’s changes over the 2014 DW12 aero package are easily identified by major components, including:

The all-new Chevrolet racecars will compete for the first time on March 29 at the Firestone Grand Prix of St. Petersburg, Fla. 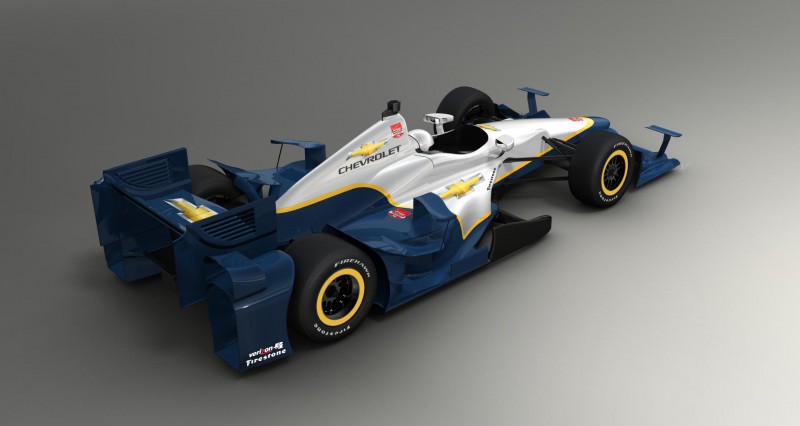