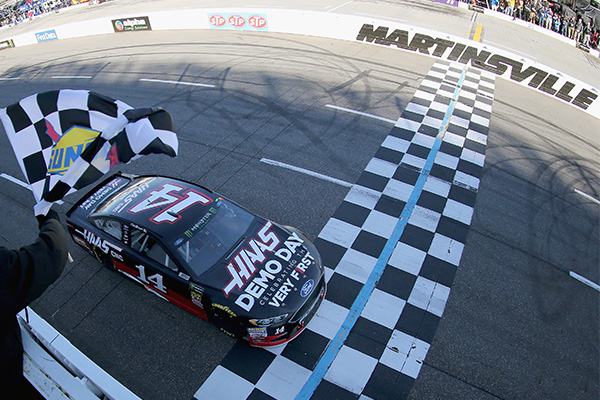 “This is a place where I’ve gotten so close,” an emotional Bowyer commented in Victory Lane. I wanted to win this grandfather clock so bad. Let me tell you something, Gene Haas, Tony Stewart, to give this old dog a fresh chance and fresh blood with a new opportunity. Finally, to get the 14 in Victory Lane is just a weight off the shoulders. It’s been a long time. To have it come at this place meant a lot.”

After a snow delayed start to the STP 500, Bowyer came out strong, his car was perfectly set up for the cooler conditions in Martinsville. The No. 14 took the lead over Ford teammate Ryan Blaney (Stage 2 winner) on lap 285 and never looked back. Bowyer managed his race car and equipment throughout the 500-lap event to take the checkered flag 1.146 seconds in front of Kyle Busch, marking consecutive Ford Performance spring race wins at Martinsville. 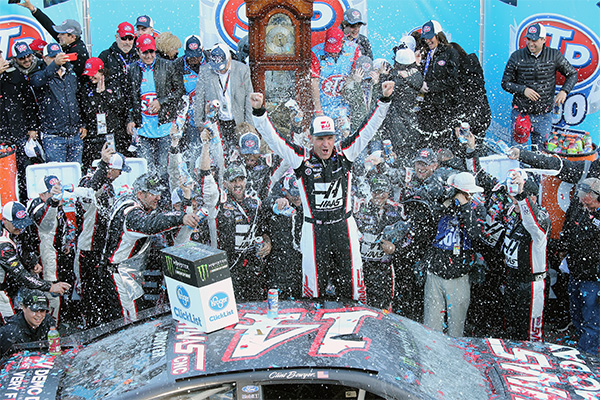 NASCAR heads to the longhorn state, to the Texas Motor Speedway after Easter break.