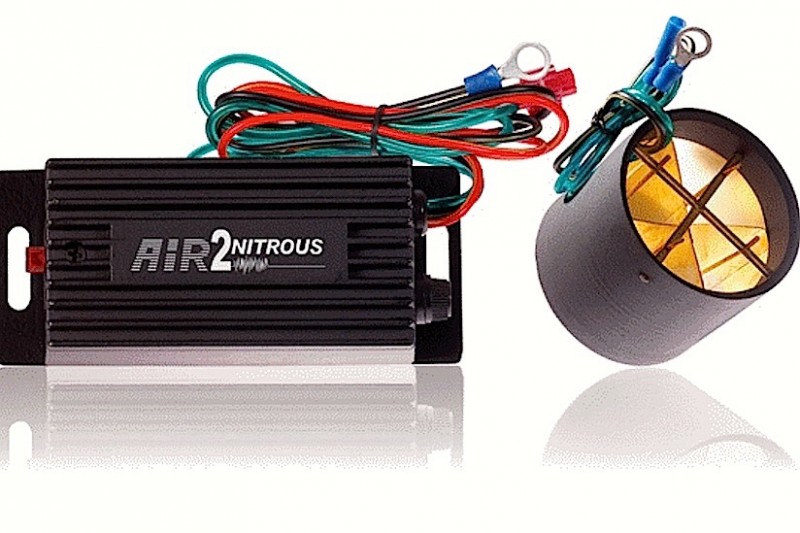 Reuters’ PR Newswire recently picked up a release from a company operating out of Shanghai, China marketing a product called Air2Nitrous(A2N), which they claim can convert ambient air into nitrous oxide to enrich the combustion mixture inside your engine. The device has been getting quite a bit of news lately, and we decided to take a look at it to test its theoretical viability.

Here is how the company says the device works,

Once the device has sufficiently evened out the concentrations of gasses in the intake port/combustion chamber, the second phase of the process goes into play, which goes something like this,

“At this point the air is subjected to ‘electrical discharges’ produced by the Reactor. This process dissociates the Nitrogen (N2) and Oxygen (O2) from the atmospheric air, transforming it into Nitrous Oxide (N2O), a highly enriched air/fuel mixture.”

The company also goes on to describe the immense benefits of the technology and why it could also lead to increases in fuel efficiency, in addition to performance gains, saying, 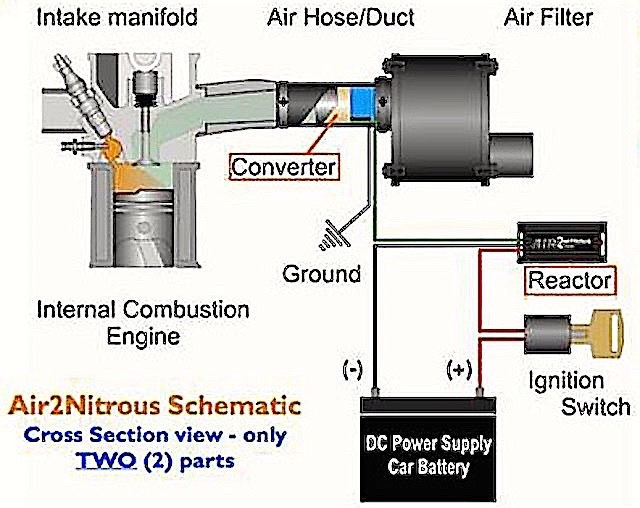 Now, though we can’t pretend to be an expert on A2N’s product, and I am myself by no means an experiment on the synthesis of nitrous oxide, there seems to be a few things wrong with this claim. Ostensibly, what the company is suggesting is a decomposition of diatomic oxygen and nitrogen gas to form elemental nitrogen and oxygen atoms, which would then combine together to form nitrous oxide, a compound with two nitrogen atoms and an oxygen atom.

Such a reaction does actually happen naturally in the atmosphere; however, the product is not nitrous oxide, but nitric oxide, a compound with one less nitrogen atom- also known as a potent vasodilator and active ingredient in several exercise supplements. Not only does the reaction produce nitric oxide and not nitrous oxide, it even hasn’t been adapted to industrial application in any documented setting, because it requires temperatures of over 3,000 degrees that are only even supplied in nature when a bolt of lightning strikes ambient air.

As it stands, most nitrous oxide produced today is synthesized by the decomposition of ammonium nitrate by carefully controlled heating- certainly not a reaction that can be carried out quickly or ‘on the fly’ enough to be used inside of a car. So, without further elaboration on the specifics of their devices’s mechanism of action, it seems safe to call A2N’s claims into serious question.

EngineLabs also points out in their critique of the product that the A2N device couldn’t produce the claimed power increases while maintaining fuel efficiency, because extra fuel needs to be added with nitrous to maintain the correct air fuel/mixture, a provision which A2N doesn’t seem to allow for.