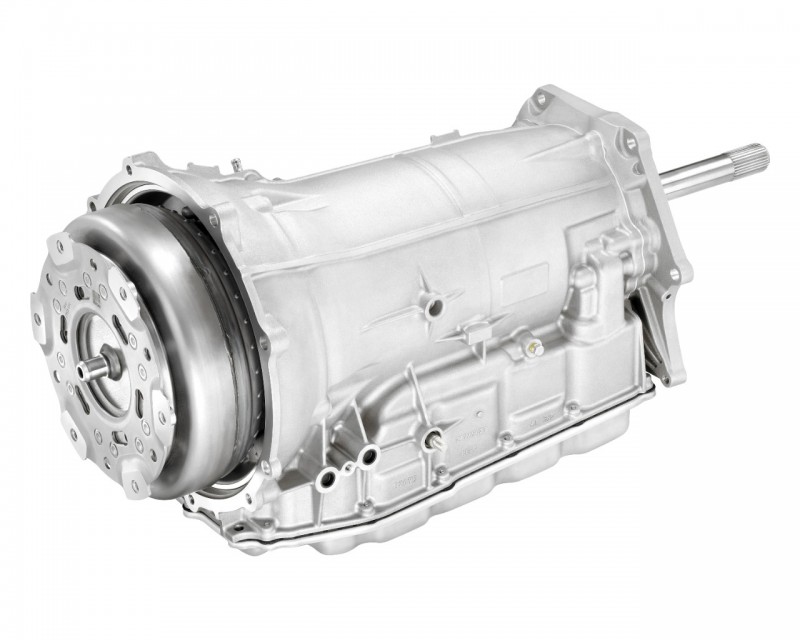 General Motors has announced that their latest transmission, titled the 8L90, will be available in the 2015 Corvette Stingray and eventually availed in the Camaro and a host of Cadillac models.

The 8L90 has four gearsets and five clutches, yet is packaged in a space-saving manner which allows it to fit in the same space as its six speed predecessor. GM has made much more extensive use of lightweight metals, such as aluminum and magnesium,which has allowed the 8L90 to weigh in eight pounds lighter than GM’s six speed automatic.  5% greater  efficiency is also achieved over the six speed.

The new transmission will make its debut on the 2015 Corvette Stingray but will soon permeate the rest of GM’s model line. An entry into the Camaro line is expected in the near future, and certain Cadillac vehicles will also get the 8L90, among them the Escalade. This will give the Camaro a leg up over its competition, as it will be about the only sports car in its class to offer an eight speed automatic transmission, with rivals such as the Mustang only offering six speeds.

We also have word that Ford and GM are jointly developing a ten speed automatic transmission for a host of applications, with such a project in its early stages of development.