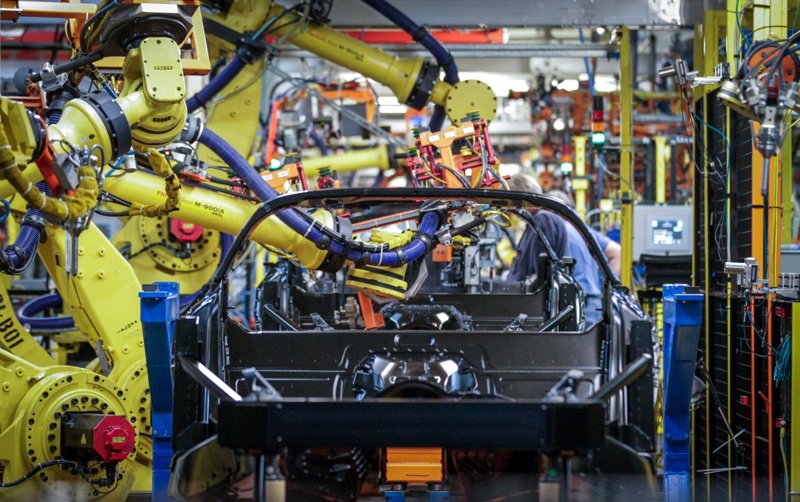 Torch Red, Shark Gray Metallic and Laguna Blue Tintcoat, three popular palate choices on the 2015 Corvette, kept the marketers who make up names working late. Now they can dream about more painstakingly precise pigments, thanks to a new paint shop that is among $439 million being invested at the only plant in the world that builds Chevrolet’s iconic sports car.

General Motors announced the moves that include retaining 150 jobs and building the 450,000 square-foot paint shop that is almost half the size of the entire current production facility. The investment builds on approximately $135 million GM has invested in the plant over the last four years for the new Corvette Stingray and Performance Build Center. The announcement was followed by a groundbreaking event for the new paint shop.

Construction of the new paint shop, which includes substantial technology upgrades, is planned to begin this summer and take approximately two years to complete. Corvette production schedules will be unaffected by the construction.

Along with new tooling and robots, the paint shop’s state-of-the-art environmental and efficiency enhancements include:

“With this major technology investment, we can continue to exceed the expectations of sports car buyers for years to come,” said North American Manufacturing Manager Arvin Jones. “These types of investments are evidence that the customer is at the center of every decision we make.”

Said UAW Vice President Cindy Estrada: “This new paint shop will mirror the efficiencies and technologies of the new body shop, installed with the launch of the Stingray. Hardworking UAW members have proudly built vehicles in Bowling Green for more than 30 years, and we are pleased to be a part of such a significant facility upgrade.”

Corvette production began in 1981 in Bowling Green following assembly in Flint, Mich., and St. Louis. Each has been an exclusive home of the Corvette, contributing to its distinction as the world’s longest-running, continuously produced passenger car. More than 1.6 million have been produced in 62 years.

Since the launch of the all-new 2014 Stingray, the Corvette has won more awards than any other car in the industry, including the 2014 American Car of the Year, Car & Driver’s 10 Best and Automobile Magazine’s Automobile of the Year.

The new Performance Build Center opened last year and in March began hosting customers in the Build Your Own Engine program. More information about Bowling Green Assembly is available at corvetteassembly.com

The investments in Bowling Green are part of the $5.4 billion that GM said April 30 it would invest in U.S. facilities over the next three years.