Touted as the most powerful Corvette ever, the all-new 2015 Chevrolet Corvette Z06 was unveiled to the masses today at the North American International Auto Show in Detroit, Michigan. Long anticipated, but little was known for certain until the official debut this morning. With this next generation of Corvette, GM has hopes to use the Z06 variant to propel the model range into the upper echelon of supercars.

GM of North America President, Mark Reuss, heralded its arrival with the following statement, “The new Z06 delivers levels of performance, technology and design that rival the most exotic supercars in the world.” With this vehicle still so early in its lifespan, and no official test drives or actual performance figures released, it’s still uncertain as to whether or not the Z06 can hang tough with its competitors, but from what we’ve already seen, it’s looking promising. 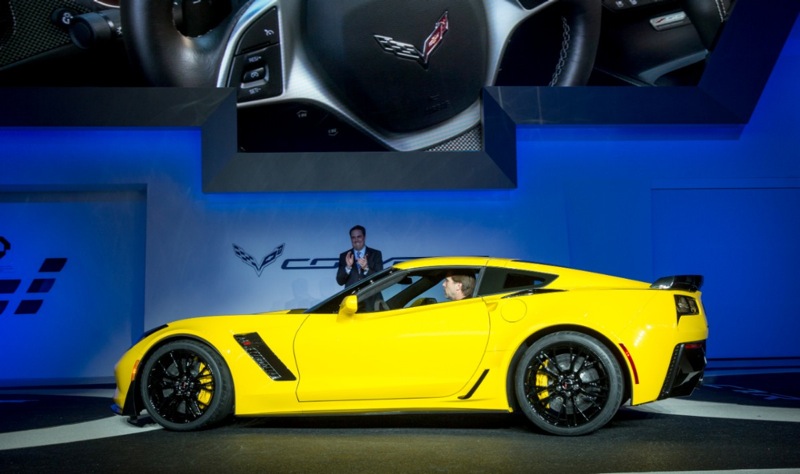 The new Z06 clocks in as the fastest Corvette ever, as well as the fastest vehicle ever produced by General Motors. Though speculation abounded that the new Z06 would be fitted with a new iteration of the previous generation’s 7.0 liter V8, GM chose to go the route of a supercharged 6.2 liter V8. The new engine, dubbed the L4, will mark the first supercharged Corvette Z06, with an output of around 625 horsepower and 635 ft. lbs. of torque; this constitutes a 120 horsepower upgrade over the previous generation. 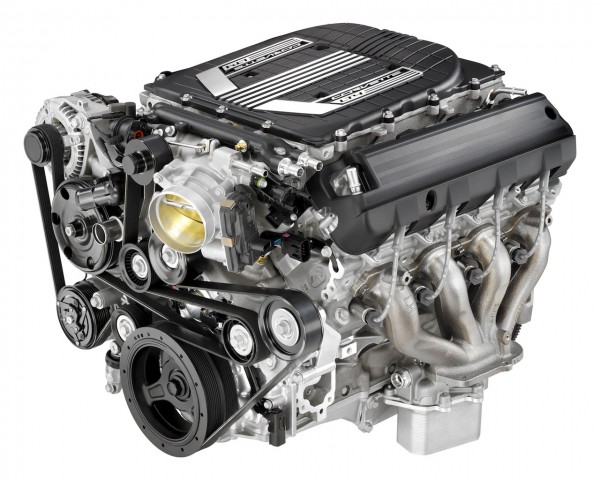 Though the Corvette C6 ZR1 had 13 more horsepower than this new model, GM has stated that the Z06 has already outperformed the C6 ZR1 in testing, and will most likely claim the title as the fastest vehicle ever produced by GM. As stated, official performance figures have not been produced, but as per GM’s word, we should expect the C7 Z06 to outperform the C6 ZR1’s quarter mile time of 10.8 seconds and its 0-60 mph acceleration time of 3.4 seconds. In addition to its supercharger, the L4 engine employs such technologies as cylinder deactivation and variable valve timing. For transmission, customers have their choice of the standard seven speed manual transmission or an eight speed automatic with added paddle shifters.

The new Z06 seems to exude a more profound supercar feel than its predecessor, particularly when one takes notice of its innovative exterior styling. Though, at first glance, it may appear more reminiscent of something exiting a European sports car factory than a Corvette, most distinctive Corvette design elements have been maintained. The C7 Z06 appears sleeker and lower (though the height change may be strictly illusory) than its predecessor. A remodeled hood and grill, with a new trim, give the vehicle much needed refreshment from the somewhat aging C6. For the first time, roof panels are removable on all variants, made possible by the C7’s redesigned, stiffened aluminum frame. 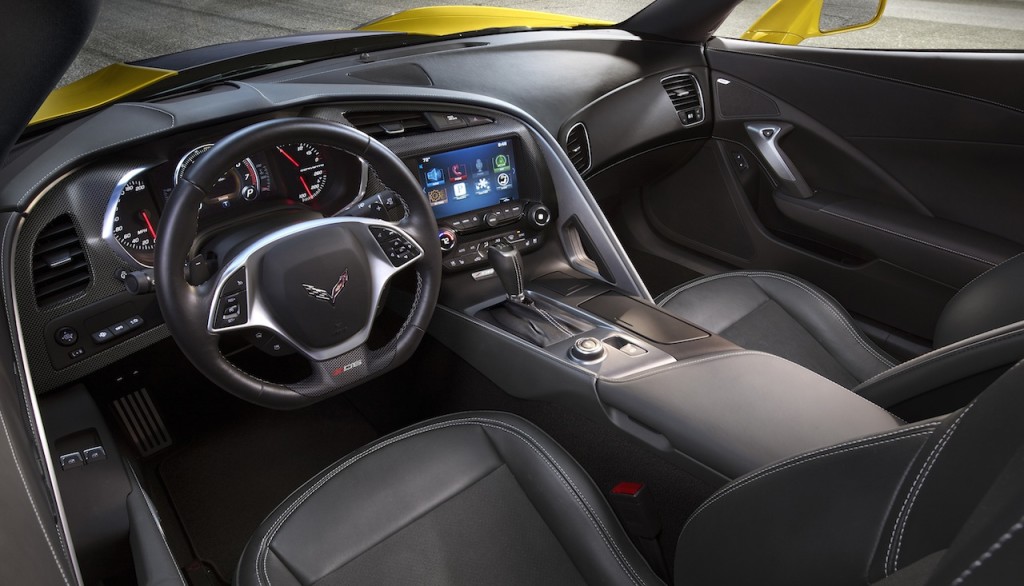 The Z07 Performance Package, which may include various powertrain and cosmetic upgrades, will be available, but Chevy hasn’t disclosed the specifics quite yet. The Z07 package will make the vehicle more suitable for track driving and is specifically aimed at performance enthusiasts. A few amenities certain to be included with this upgrade are an improved rear spoiler, front and rear brake cooling ducts, and larger front winglets. The C7 Z06 will certainly top the previous generation’s entry price of just under $78,000, but exact pricing has yet to be announced; some speculators even contend that this model may converge upon the $100,000 mark.

Just as we’ve been hotly anticipating this car’s arrival, we’re equally eager to see how it performs on the track and how it drives. Due to go on sale in early 2015, the C7 Z06 is already looking promising, but we may just have to wait a little longer to know for certain.