Cosworth, a performance engineering and manufacturing group, has announced the launch of its Cosworth Live On Air system, which integrates with the Verizon INDYCAR14 app. This collaboration has the potential to revolutionize the racing experience for millions of race fans by providing immersive real-time data.

The launch of Cosworth Live On Air, at the third round of the 2014 Verizon IndyCar Series in Birmingham, Alabama, reaffirms and builds on Cosworth’s presence in the championship which dates back more than 20 years. 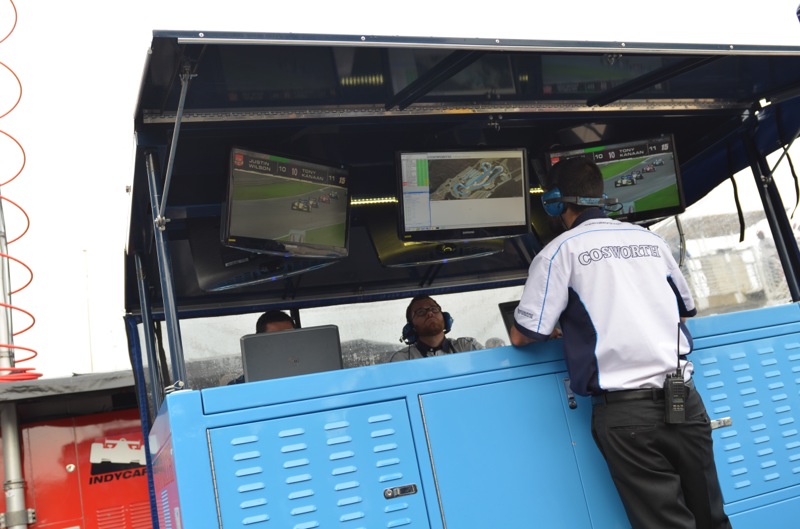 Cosworth technology already plays a crucial role in the Verizon IndyCar Series as the company provides electronics to series organizers as part of a scrutineering system. Cosworth electronics are fitted on all cars to enable the league to monitor data and ensure compliance to the regulations. The new Live On Air solution will use that existing infrastructure to take the racing experience to a whole new level for fans, teams and partners alike.

Each car is fitted with high bandwidth radio (WiMAX) and data capture electronics to deliver data from any channel on the car. Data is streamed continuously back to the pit complex, where it is used for the league’s timing and scoring that is also fed to teams and into the Verizon INDYCAR14 app.

The Verizon INDYCAR14 app, developed by Verizon and INDYCAR, uses data captured live during on-track action will be used to generate new, engaging and never-seen-before content for fans. Cosworth Live on Air supplies data to the Verizon INDYCAR14 app that enables promoters to fully immerse spectators, whether at the track or at home, into the thick of the racing action, delivering a motorsport experience like never before.

“We are excited to be providing Cosworth Live on Air to the Verizon IndyCar Series,” says Hal Reisiger, CEO, Cosworth Group Holdings. “We believe that this new technology has the potential to truly change how fans can interact and engage with motorsport. As social media and multi-screening becomes increasingly integrated into our daily lives, Cosworth Live on Air feeds into the technology that Verizon has been building to immerse fans fully into the race weekend experience.”