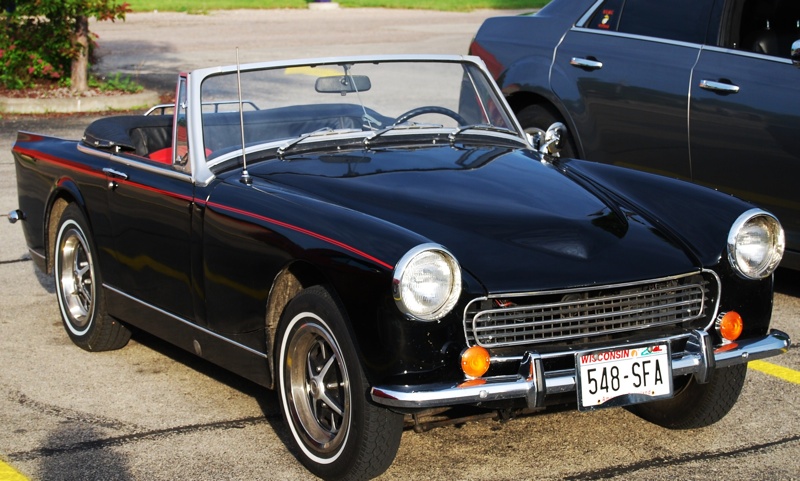 Tim Buttles’ MG Midget looks like a Sunbeam Tiger if you go by the fins on the tail of the car. Many people who see the customized British sports car know what a Tiger looks like. After all, that British model was the original “Smart Car”—the type of car driven by comical detective Maxwell Smart in the 1960s Get Smart TV show and the more recent movie.

Buttles didn’t go for the Tiger look intentionally. Tim is simply a tinkerer who enjoys building cars, motorcycles and airplanes. He is known for creating both mechanical and visual magic on a shoestring budget. A few years ago he rebuilt a 1950 Plymouth engine for $11. Then, he purchased a down and out Kawasaki Drifter for a few hundred bucks and turned it into a honey of a cruiser. 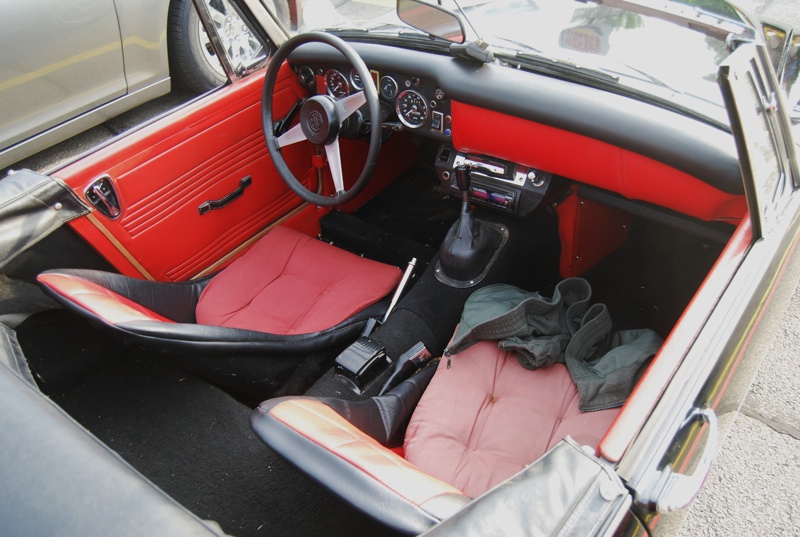 Buttles bought the MG Midget for $400. It wasn’t running and the owner had no money to fix it. Tim put a new set of rings in the car and did a valve job with lapping compound. Pretty soon the car was running sweet and he was ready to start transforming the boxy factory sheet metal into something a bit sexier.

Using pieces of scrap sheet metal, Tim formed a pair of good-looking tailfins. Using a couple of tubes, he fabricated taillight nacelles and filled them with round lenses. Set into circular chrome housings. Up front, on the hood, Tim turned some leftover motorcycle panels into a pointed “ship’s prow” nose. Chrome wheels and a chrome trunk rack brighten the car up a bit. 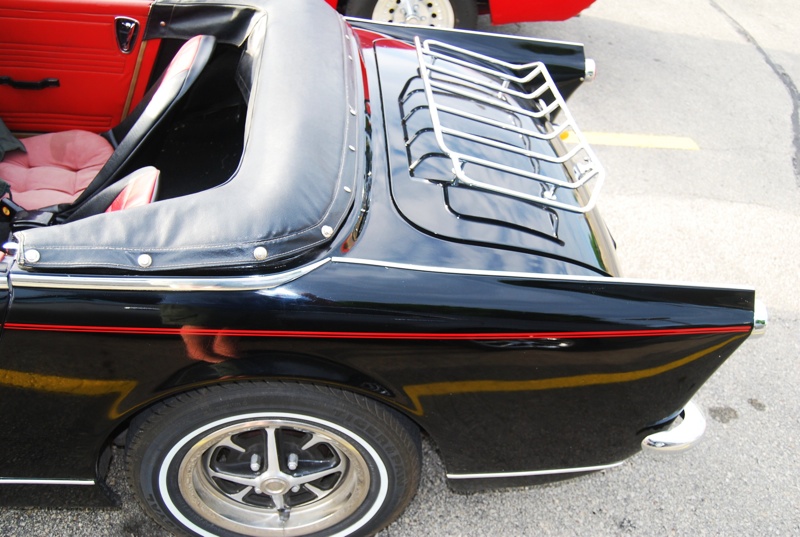 Tim is a skilled painter and is even better at wet sanding and buffing out paint. He can make the old paint on some of his other projects look almost new. But this MG Midget was purple when he bought it, so he gave it a coat of elegant-looking black paint and massaged it to look as smooth as glass. He also created the custom red and black interior with remnants he picked up here and there. Tim has a real designer’s eye and can make inexpensive materials look great through proper color coordination.

Tim’s past custom creations have included an orange 3-wheeled motorcycle that looks like a jet, a maroon Hudson coupe that looks like a James Dean style Mercury and a Yamaha XS-650 that he finished in a cream and red paint combination that makes it look like a late-1930s Harley-Davidson. Not bad for a hobbyist whose total income is a once-a-month Social Security check.

Although Tim has lots of talent, it doesn’t go to his head. When we told him what we thought his customized MG might bring at a Mecum or Barrett-Jackson auction, all he said is “Your butts. Those cars aren’t worth that much!” And that’s true for a stock MG Midget, but not for one that’s a “tiger by the tail!” 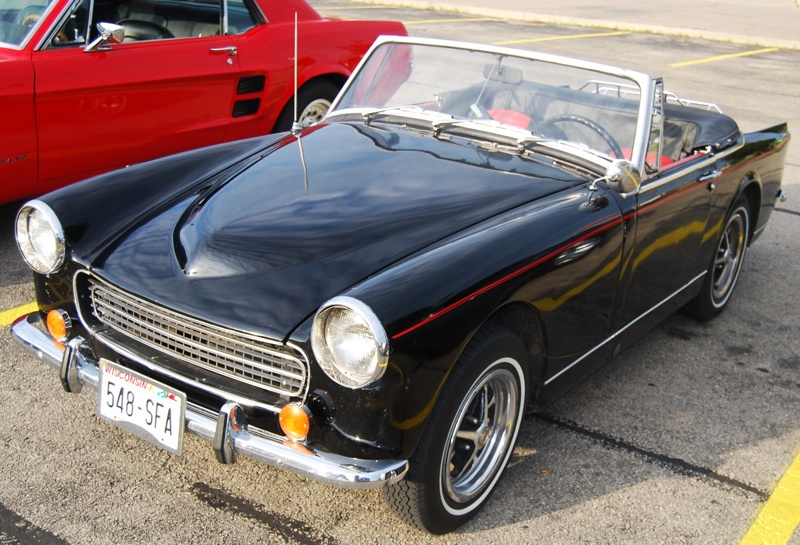