In recognition of his career achievements as a champion driver, team owner and philanthropist, Dale Earnhardt Jr. was named the recipient of the 2014 NMPA Myers Brothers Award, a prestigious accolade recognizing those who have made outstanding contributions to the sport of stock car racing. 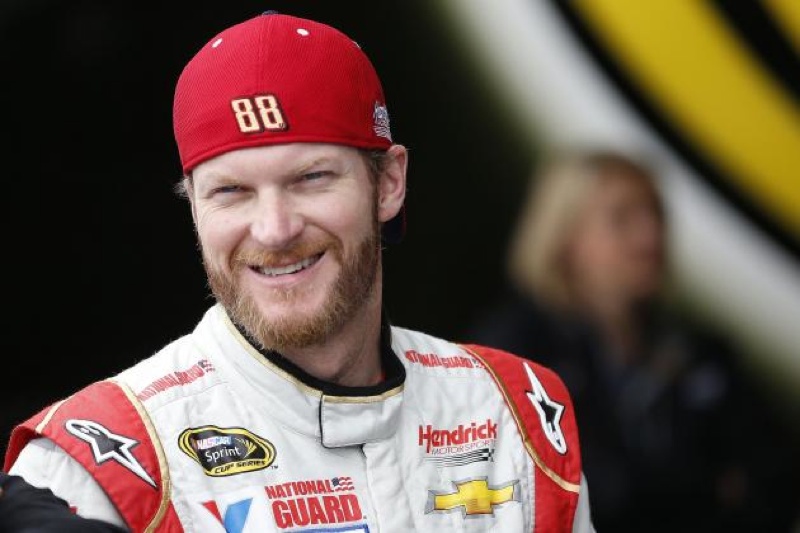 “This doesn’t even seem real,” said an emotional Earnhardt after receiving the honor at the 2014 NASCAR NMPA Myers Brothers Awards Luncheon held at Wynn Las Vegas. “The truth is obviously I’m extremely humbled by this award, but I feel like I share it on so many levels – my sister Kelley (Earnhardt Miller) along with everyone at JR Motorsports is as deserving of this as anyone. I have a lot of passions with NASCAR, but I wouldn’t be able to know how to make them realities without all those folks.”

An accomplished driver, evidenced by his 23 NASCAR Sprint Cup Series victories and two NASCAR Nationwide Series championships, Earnhardt was cited just as much for his achievements outside his No. 88 Chevrolet, namely as the owner of JR Motorsports and a tireless community benefactor.

Earnhardt’s work extends off the track into the community. He has made 235 appearances on behalf of the Make-A-Wish Foundation, a number that ranks in the top five among professional athletes. Furthermore, his Dale Jr. Foundation raised $913,000 to be distributed to more than 70 different charities.

“I’m just as proud of what we’ve accomplished there as anything we’ve ever done on the race track,” Earnhardt said about his foundation.

The NMPA Myers Brothers Award has been presented annually since 1958 in the names of pioneer NASCAR competitors Billy and Bobby Myers and its winner is chosen by a vote of the National Motorsports Press Association. Past recipients are a virtual who’s-who of the industry – drivers, owners, track operators, sponsors and members of the media – and include nearly every current member of the NASCAR Hall of Fame.

Seventeen other awards were given out at the luncheon, spanning from achievements in marketing, performance on the track and exemplary work in the garage. 2014 NASCAR Sprint Cup Series champion Kevin Harvick garnered seven honors, including the 3M Lap Leader Award and Mobil 1 Driver of the Year.