Dale Earnhardt Jr. announced his retirement from the Monster Energy NASCAR Cup Series after the 2017 season this past Tuesday, saying that he wanted to leave stock-car racing competition on his own terms. But his words also struck a tone of optimism, that his involvement with the sport would remain strong.

“I accomplished way more than I ever dreamed, way more than I ever thought I’d accomplish,” Earnhardt said. “So I’m good, you know. I’m good on that front. I’m so blessed and fortunate on what I was able to achieve but I’m very sad because it’s definitely disappointing for a lot of people to wake up to that news this morning.” 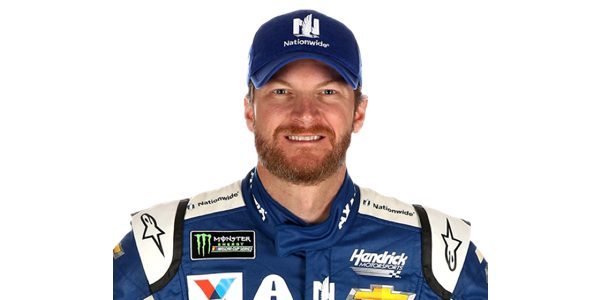 Hendrick Motorsports indicated that team owner Rick Hendrick and Earnhardt Jr. first met to discuss the driver’s decision on March 29. Earnhardt acknowledged that his recent health concerns — which caused him to miss half of the 2016 season — were a factor in making his choice now, to finish out the final year of his contract with the team.

“I wanted to honor my commitment to Rick, to my sponsors, to my team and to the fans,” Earnhardt said. “I’ll admit that having an influence over my exit only became meaningful when it started to seem most unlikely. As you know, I missed a few races last year and during that time I had to face the realization that my driving career may have already ended without me so much as getting a vote at the table. Of course, in life we’re not promised a vote and that’s especially true in racing.”

Earnhardt, 42, returned to competition in the No. 88 Chevrolet this year after a concussion and lingering symptoms sidelined him from NASCAR’s top series for the final 18 races last season. Through his rehabilitation process, Earnhardt has become a vocal advocate for research of sports-related brain injuries.

But his stint away from the drivers’ seat, he said, also gave him the benefit of time “to understand what’s important to me, time to realize the incredible support system I have in my wife, my team and my doctors, and time to work like hell to wrestle back some semblance of say-so in this whole matter.”

Earnhardt said he’d return to the track for two races in that series next season with the JR Motorsports team that he owns through an alliance with Hendrick. And while he described himself as “eager” to see what the next wave of racing talent can do in NASCAR’s national ranks, he said his plan was to maintain a strong presence in the sport as it reaches future generations.

“I don’t see myself really detaching from NASCAR,” Earnhardt said. “My intention is still to be involved in the sport on some level. … Even after this season is over, you have not seen the last of me on the race track. But more than that, I want to be a part of the future of the sport for years to come.”

Which is why Earnhardt was quick to thank his supporters, the “nation” that has been among the sport’s most vocal fans.

“One thing that has made this career the incredible ride that it’s been is Junior Nation,” Earnhardt said. “The fan support that I received straight out of the gate was in large part because of my famous last name, but throughout the ups and downs, it occurred to me that the fans stuck it out and the new ones that joined us, they were there because of the person I was and not who they wanted me to be.”