Legendary drag racer “Dandy” Dick Landy knew how to put on a good show. He was an early participant in Super Stock, Funny Car and Pro Stock quarter-mile racing. His innovative, short wheelbase, drag racing cars could stand up on their rear wheels. While cigar-smoking Landy piloted them down the drag strip in a very exciting fashion. 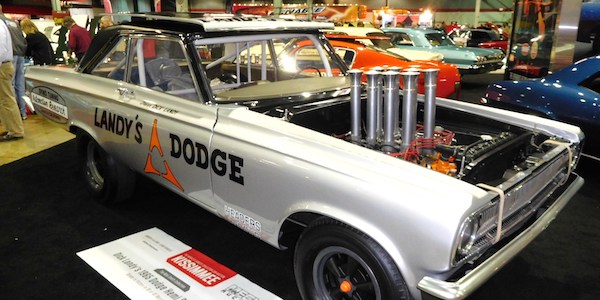 Landy was born in 1937 and passed away at 70 years old in 2007. The “Dandy Dick” nickname came from his neat, fancy clothing. Landy relied on Chrysler’s powerful Hemi engine to build crowd-pleasing Funny Cars. The NHRA eventually banned some of Landy’s innovations, but he made a comeback in the early days of the Super Stock and Pro Stock racing era. He was a big believer in Mopar engines and hardware. 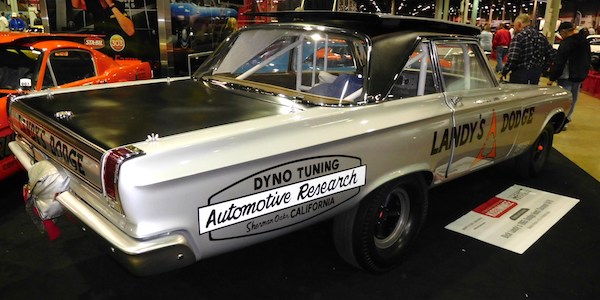 Dick Landy’s ’65 Dodge Hemi Coronet is best known as just “Landy’s Dodge” and is scheduled to be offered for sale at Dana Mecum’s Kissimmee, FL auction Jan. 5-14, 2018. This incredible muscle car won 39 of 40 match races that it competed in. It is considered to be the most original altered wheelbase car in existence. 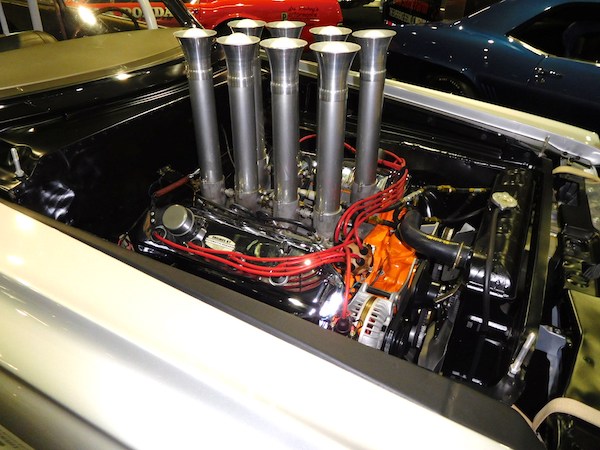 After Landy stopped driving the car, it was driven by Jim Wetton under the Studio Dodge banner. Boyd Fiedler and Mike Guffey also owned the car. The car sports a comprehensive restoration carried out by “Hemi Eddie” Strzelcecki in 2010. The Dodge carries the big 426-cid Race Hemi V8 and a push-button automatic transmission. The silver exterior is set off with a black interior. The fact that the car has a broken taillight lens is considered a sign of its authenticity. 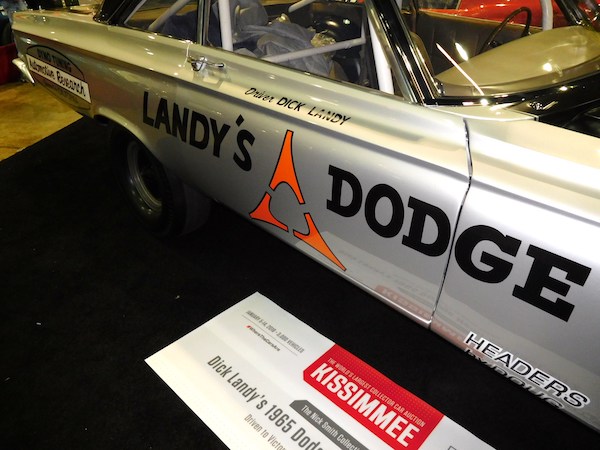 Lightweight features of the Dodge include an acid-dipped steel body, Plexiglas windows, a fiberglass dashboard, a lightweight racing style bucket seat and a thin layer of carpeting.

Supporting the car’s documented history are a copy of the Manufacturers Statement of Origin, a copy of ownership assignment paperwork, a Chrysler Registry report and a Blue Ribbon Award from the Meadow Brook Concours d’ Elegance.

In short, Landy’s Dodge is a dandy.