Dart Machinery has unveiled a new 5-liter engine block. It is known as the Little M 305 and its arrival is hotly anticipated as its predecessor neared extinction. 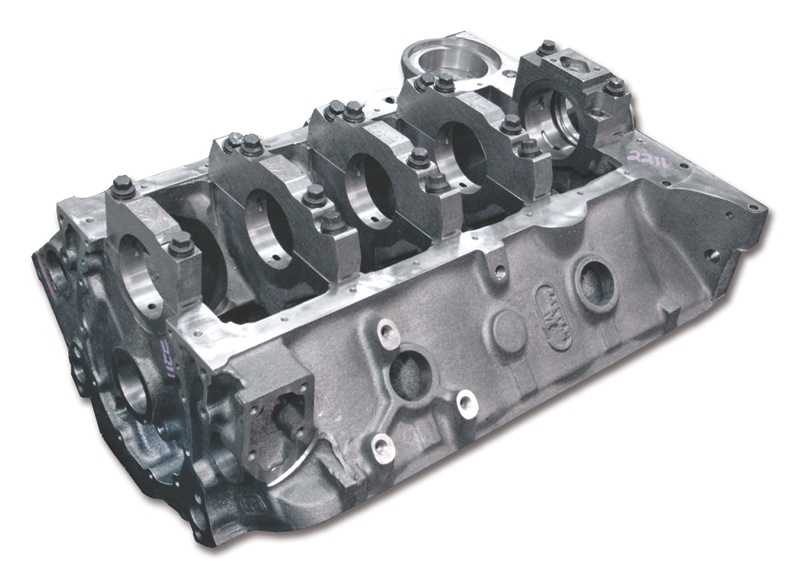 Created as a direct-replacement for GM’s 305 small-block, which was used extensively in Muscle cars, passenger cars, pickup trucks and boats from the mid-1970s to the mid-1990s, Dart’s most immediate need is to satisfy the demands of RACESAVER, the prominent Sprint car organization, whose nationwide racing series was founded on and has been propelled by the 305 for decades.

Produced in premium cast iron RMR alloy, the Little M 305 engine block maintains a Brinell hardness rating of 220. By using properties similar to those employed in all Dart race-series blocks, its construction compares favorably with the original stock materials rated at around 180 Brinell. A direct derivative of the Little M, this 305 possesses all its established features, but with smaller cylinder bores and non-Siamese full water jacket construction. Blind-tapped head bolt holes are used throughout to deter water leaks.

Created with a standard bore of 3.720in and maximum of 3.800in., Dart’s Little M 305 features strengthened cylinder walls and robust bulkheads in stark contrast to the slightly delicate original unit. Conveniently, it accepts all Chevrolet small-block cylinder heads. In fact, given its conventional small-block deck height, it accommodates all standard off-the-shelf parts.

In addition the block is endowed with extra thick decks to ensure reliable head gasket sealing and a competition oiling system for dependable lubrication of the main bearings at high rpm. Using the 350 main bearing parameters, this new block employs ductile iron caps. Front and rear caps are of the two-bolt style while the three center caps use a four-bolt arrangement. The outer bolts are splayed for extra strength.

Finally, Dart’s Little M 305 block will be on display at this year’s PRI show (booth # 2211) at the Indiana Convention Center, Dec 12-14.  For more information, visit Dart Machinery’s website at www.DartHeads.com.