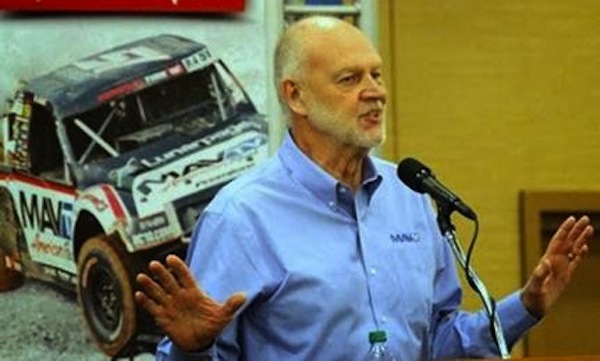 His coverage begins with the Lucas Oil Chili Bowl Nationals presented by General Tire on Jan. 18, and a series of 30-minute, one-on-one programs interviewing drivers and other personalities from across the diverse American racing landscape.

Despain was attracted to joining the burgeoning independent network owned by Forrest Lucas by the opportunity to return to working at the race track and hosting the “Dave Despain Show.”

Despain plans to get back to grassroots racing and will do a series of long-form interviews, the majority of which will feature the legends of grassroots racing. “We’ll try to mix it up and have an interesting variety of personalities from all over the racing world,” he says.

“I’ve watched Forrest Lucas and Lucas Oil emerging as a power in the racing world over a long span of time and was very interested in how they’ve used racing to promote their products,” explains Despain. “It was obvious to me it was part marketing genius and part passion. When I interviewed Forrest on ‘Wind Tunnel,’ he verbalized a world I’m very interested in, a passion for racing which I share. As far as MAVTV, just because it’s TV and I’m in the TV business, I was following what they were doing.”

“When Lucas bought MAVTV, I thought maybe it would be a good place to be somewhere down the road,” Despain said. “Did I want to retire or do another deal that was interesting, fun and exciting? MAVTV offered me an opportunity to kind of get back to where I started.

“People assume that if you’re in the racing scene, you’re at the track all the time. In reality, doing a Sunday night studio race show, you’re not ever at the racetrack. I missed that. There’s nothing like being face-to-face with a person. I like hosting a lot. It plays into what I consider my strength, being able to place an event in a larger picture context. There are stories I’m anxious to tell.”

Despain has been broadcasting motor racing for 40 years. He’s worked for ABC, CBS, ESPN and SPEED.