We’ve seen more and more technology from racing entering into the consumer automobile market in recent years. Now a company called Deltawing Racing, affiliated with Panoz, wants to bring a variant of their Deltawing racecar into production. 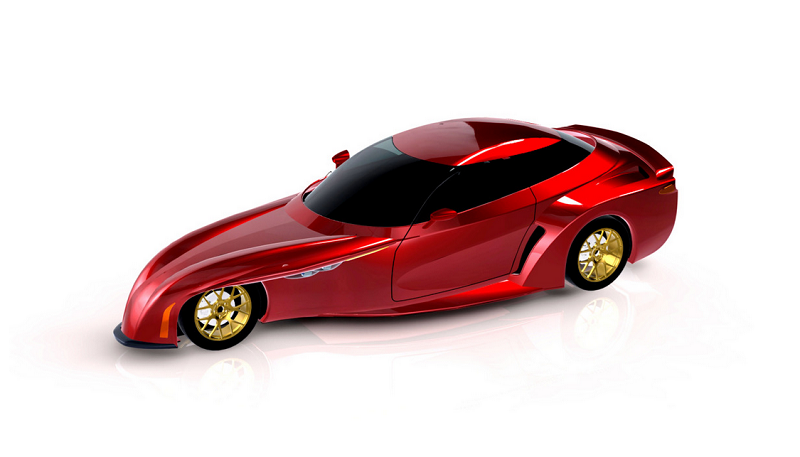 Deltawing Racing uses the “deltawing” design in racing, in order to boost aerodynamic efficiency, as well as cut weight. According to Deltawing boss Don Panoz,

“We are competing at the highest levels of road racing with half the weight, half the horsepower, and nearly half of the fuel consumption. We believe we can deliver similar results on the street without compromising safety, comfort and performance. We have a formula that’s highly efficient and still fun to drive.” 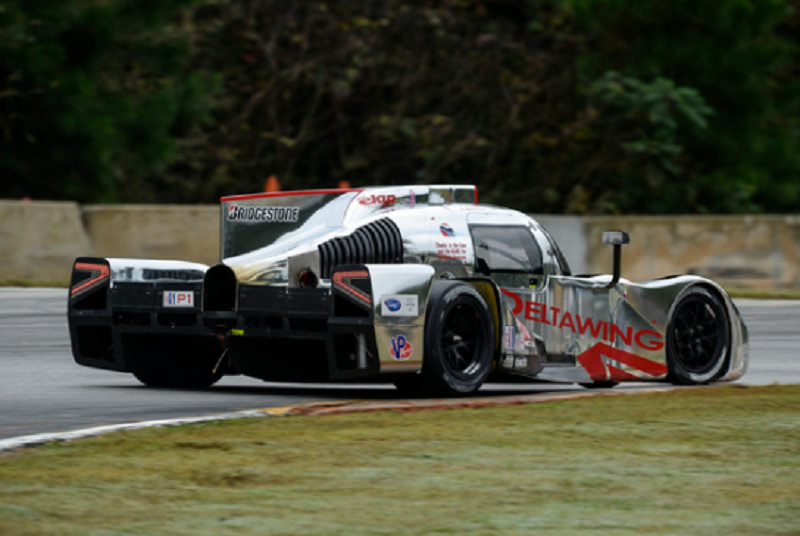 The Deltawing car has been successful in IMSA road races, as well as several other racing series. Its major benefit comes by way of the tapered front end, which decreases drag and boosts the car’s overall aerodynamics, in turn improving its fuel efficiency. The rear engine design also gives the Deltawing an efficiency boost as well. The Deltawing also has a much lighter overall mass, owing to the narrow dimensions of the car, as well as extensive use of lightweight aluminium and composites for the body, as well as lightweight steel for the certain chassis and engine components.

The rendering pictured above is of a street-legal, four passenger car which would be developed by Deltawing and it partners. The car would most likely be powered by a four cylinder engine producing in the neighborhood of between 85 and 100 horsepower. Even with the tiny engine, the car is hoped to accelerate from 0-60 mph in about six seconds, as well as be capable of reaching a top speed of 130 mph. No mention was made of hybrid technology being employed, but the engineering team still contends that the car will be capable of at least 70 mpg. Thus far, it seems as if all of the car’s revolutionary fuel efficiency comes from its lightweight and aerodynamic design.

There is no definite timetable for when the car would be produced, nor is the model preordained. Deltawing Racing is, however, seeking potential partners among larger manufacturers to help manufacture and market the model. While the design has promise, without an extensive background in hybrid and electric car technology, Deltawing may be left int he dust by the ultra-green cars of tomorrow.