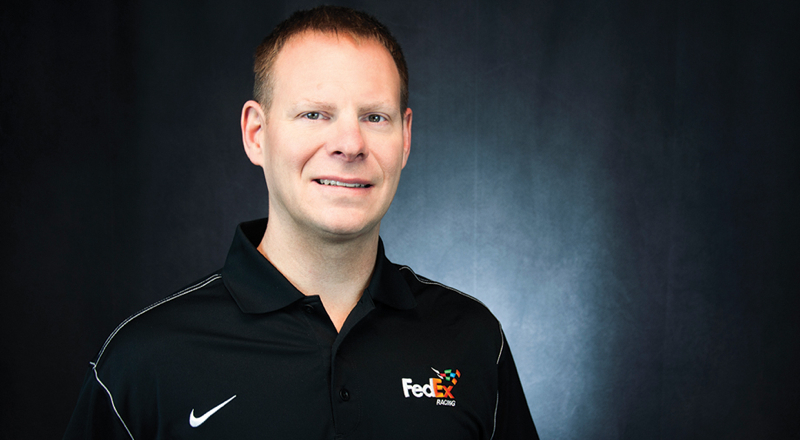 Sponsored by global vehicle components manufacturer Federal-Mogul Motorparts, a division of Federal-Mogul Holdings Corporation, the weekly Problem Solver award is presented to the crew chief whose car posts the greatest second-half improvement in average lap time while finishing on the lead lap. The Joe Gibbs Racing-owned 11 car was a race-best 0.160-second-per-lap better over the final 135 laps in Sunday’s event, the second of the three-race Contender Round of the Chase for the Sprint Cup. Rogers becomes the 18th different crew chief to earn weekly MOOG Problem Solver honors this year.

Rogers, who joined the 11 team in December of last year, called for major adjustments to the car’s MOOG-equipped chassis on Lap 75. The extra-long pit stop paid off, with Hamlin advancing from 20th position to 12th over the next 38 laps. The car’s handling continued to improve over the balance of the afternoon, with Hamlin cracking the top 10 by Lap 150 and the top 5 by Lap 202. He was running fourth when Rogers opted for four tires and an additional chassis adjustment with 20 laps remaining. Once again, the crew chief’s call made a positive difference as the 11 car picked up an additional three positions to finish 0.491-second behind race winner Joey Logano and the No. 22 Ford.

The 11 team has finished sixth or better in eight of the last nine races and moves up to the second seed among the 12 teams remaining in the Chase.

With five races remaining, Greg Ives, crew chief for Dale Earnhardt and the No. 88 Chevrolet, maintains a two-win lead in the battle for the prestigious $100,000 MOOG “Problem Solver of the Year” Award. Rookie crew chief Justin Alexander (Paul Menard/ No. 27 Chevrolet) is in second place, followed by seven crew chiefs deadlocked for third.