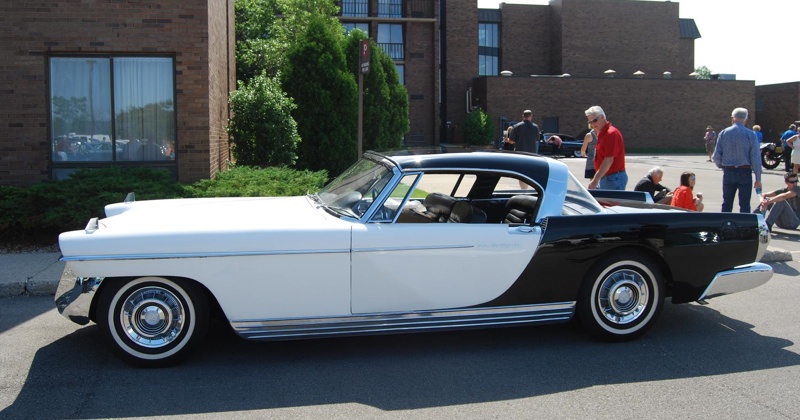 Die Valkyrie is a dream car that was created by famed industrial designer Brooks Stevens. It was intended to be an international star car, putting in appearances at both American and European car shows in 1955. It won awards at the International Automobile Show at Madison Square Garden in New York City and at the Paris Auto Show.

The car is big. It was built on a 1954 Cadillac Eldorado chassis and is almost 22 feet long. The body was crafted by a traditional German carriage maker named Spohn. It has one of the longest hoods ever seen on a prototype car. The roof line looks like a regular hardtop model, but it is completely removable. The car has power windows with vents. The door lines extend several inches towards the rear to make entering and exiting the car easier. 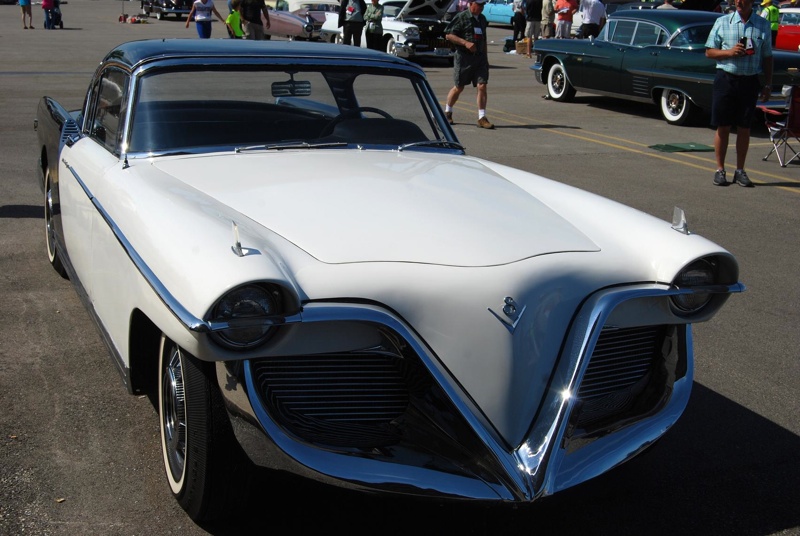 One of the most distinctive features of the car is the large V-shaped front bumper, which Brooks Stevens adopted to push the message that American cars of the day were all moving to powerful V8 engines. In contrast, European car makers still seemed to like the straight eight at this point in time.

The Valkyrie’s Plexiglas finned fender ornaments light up when using the directional lights. Plexiglas is also used in the headlight cross prisms to add extra focus for the high beams. The open front wheel wells cut down wind resistance by 20 percent at speeds over 100 mph. However, under the hood is a standard overhead valve Cadillac V8 with a single carburetor. 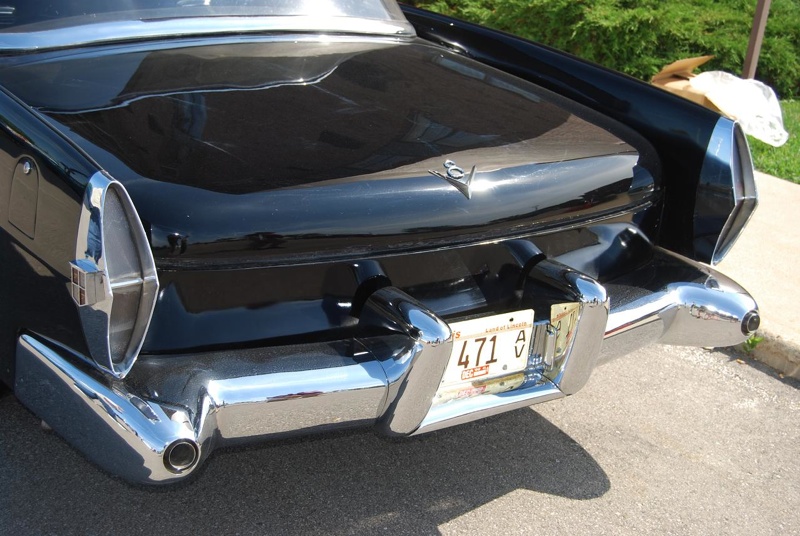 After it toured the show circuits here and in Europe in 1955, the car came back to the United States and Brooks Stevens purchased it. He gave it to his wife and she drove the car for about five years. Then, he decided that the car belonged in the Brooks Stevens Automotive Museum in Mequon, Wis.

Today it resides in the collection of well-known dream car expert Joe Bortz of Chicago (www.bortzautocollection.com). Bortz had it on display at the 2015 Cadillac LaSalle Club annual convention in Brookfield, Wis., June 24-27.