Austin Dillon, driving the historic No. 3 car in its return to NASCAR Sprint Cup Series competition for the first time since 2001, won the Coors Light Pole for the 56th running of the Daytona 500 – NASCAR’s most prestigious race and season opener. “The Great American Race” is scheduled to take place on Sunday, Feb. 23 at Daytona International Speedway (1 p.m. on FOX, Motor Racing Network Radio and SiriusXM NASCAR Radio).

The late Dale Earnhardt, whose excellence in the No. 3 elevated the number to iconic status, was the last to drive the No. 3 – a car number he drove to six of his record-tying seven NASCAR Sprint Cup Series championships. A last lap crash in the 2001 Daytona 500 took Earnhardt’s life, and the No. 3 car had not been run since.

“You want to perform with the No. 3; everyone wants to see it perform,” said Dillon, who won the pole with a lap of 196.019 mph (45.914 seconds). “It’s a long season … and this is one of the top points. You want to carry that momentum going forward. I just have to stay grounded and have fun.” 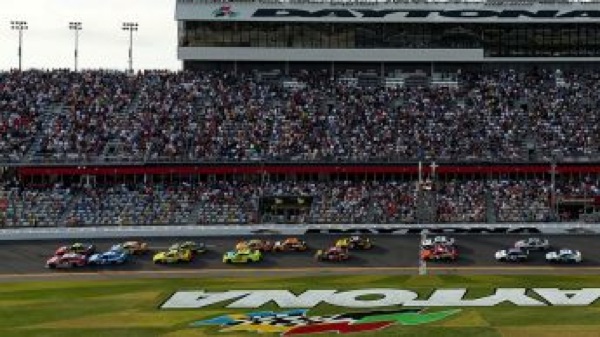 It was announced last December that the No. 3 Chevrolet would return to full-time NASCAR Sprint Cup competition this year, with Dillon driving. Dillon is the grandson of Richard Childress Racing owner Richard Childress, who also ran the No. 3 as a driver from 1976-81, and was car owner for all six of Earnhardt’s series championships driving the No. 3 car.

Earnhardt, a member of the inaugural NASCAR Hall of Fame class, was the last driver of the No. 3 car to win a Coors Light Pole, at Watkins Glen in August of 1996. Earnhardt also won the pole for that year’s Daytona 500, the last time the No. 3 started on the pole for The Great American Race.

This is the fourth time the No. 3 has won the pole for the Daytona 500, and its 67th NASCAR Sprint Cup Series pole, overall.

Sunday’s Coors Light Pole Qualifying set the front row for the Daytona 500; Martin Truex Jr. will start second in the race. The remaining starting positions will be determined Thursday night in the Duel at Daytona (7 p.m. on FOX Sports 1, MRN Radio and SiriusXM NASCAR Radio).