King Engine Bearings has announced that its involvement with DIYAutoTune’s Land Speed project has already led to broken records in their class. At only their second event with the car, the DIYAutoTune team managed to crush the existing F/BGC record of 165.25mph by posting a run of 177.09mph. This run was made at the ECTA sanctioned event known as the Ohio Mile, in Wilmington. 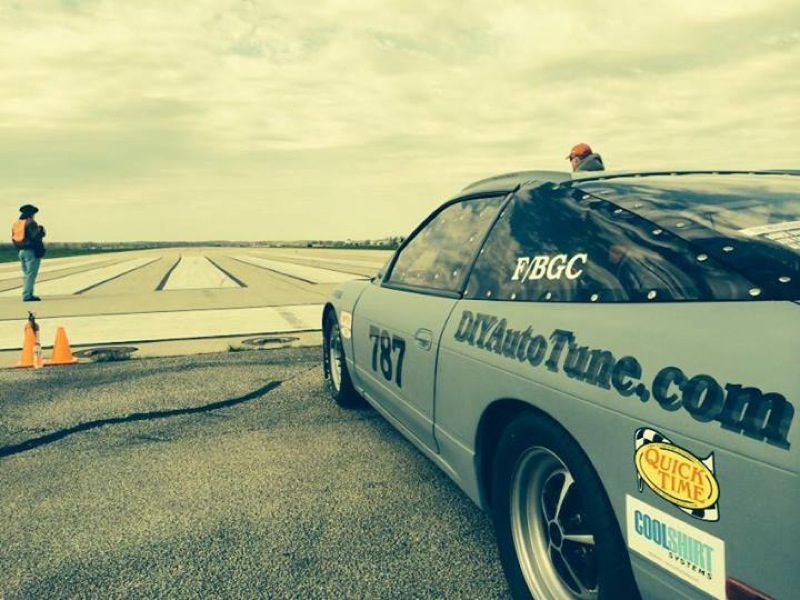 “We are thrilled to see that teams like this can make such huge strides in their sport with the help of quality products and a lot of hard work” says Limor DePetro, King’s Director of Sales & Marketing. “We expect to see a lot more from them as they continue to refine their program and push the limits of their class.”

The 240SX is powered by a Toyota 2JZ turbocharged ‘straight-six’ built by Ball engines in Lilburn, Georgia and runs on the full lineup of King Engine Bearings. At this event the team was able to prove the potential of this car and what it can do to move the bar for this class. With some additional time behind the wheel and some improvements in putting the power to the ground, this 240SX is primed to break even more records in 2014. Watch for more updates as these records continue to fall, particularly at Bonneville Speed Week in August, known as the ‘Big Show’ in land speed racing.  You can follow the team’s journey at their website www.diyautotune.com.