When we say tiny, we mean really really  small. 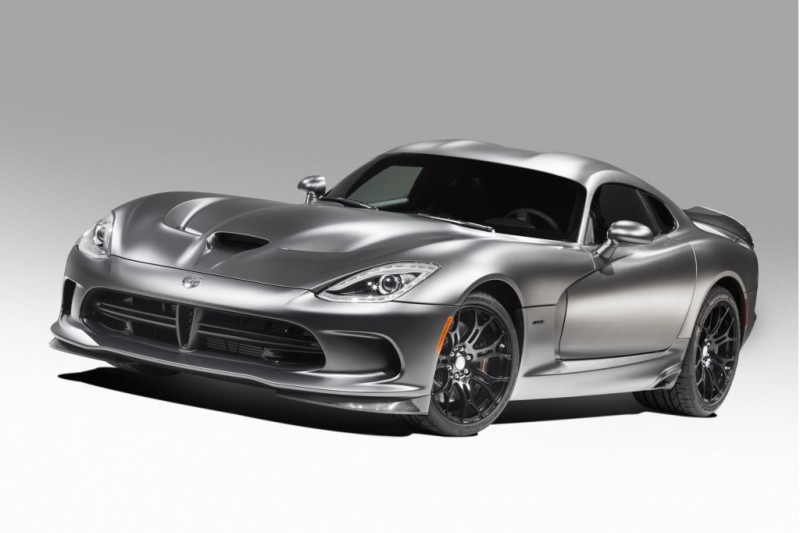 We all know the Dodge Viper isn’t the most coveted car on the market, and we surely know that it isn’t ever going to be either. With that being said, Chrysler has even had to halt production on the car in order to keep existing stock moving along.  Still, however, they are adamant on launching a new Viper model for the upcoming production year and are hoping that some new improvements will stimulate desire for the car.

Unfortunately no, the Viper won’t be getting the 707-horsepower 6.2-liter V-8 from the new Dodge Challenger Hellcat. It will continue on with the familiar yet standard 8.4-liter V-10 and feature the tiniest of improvements, a minuscule 5 HP bump to its existing 640 HP.

It’s a bit of a disappointment really, considering the Hellcat will crush the Viper with a fairly insane 707 hp. Additionally, the 2015 Chevrolet Corvette Z06 will have 650 hp. This means that we live in a world where a Viper will be down on power to the Challenger, even though the Viper costs roughly $40,000 more for about 62 horses less than the $60,000 Hellcat.

Maybe Dodge will indeed see a boost in sales, and perhaps the horsepower push will be enough to catch a few dollars that are looking to find a home at a dealership. Time will only tell, but for now, the Viper has really got nothing on the Hellcat.