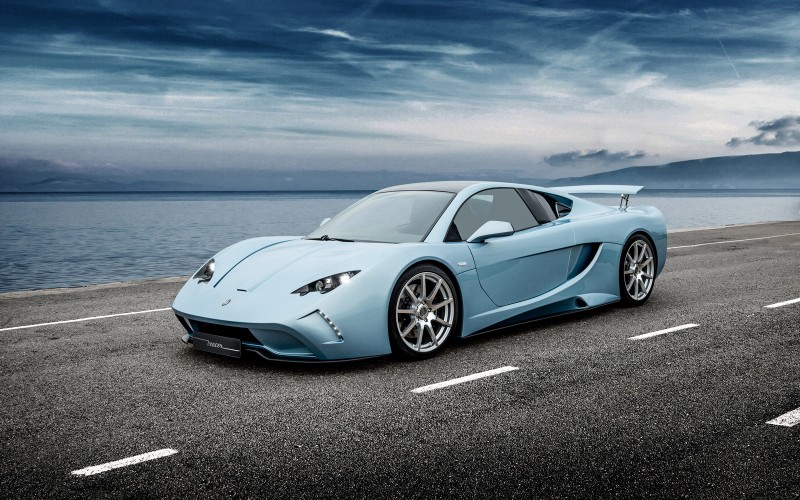 We first heard about Dutch supercar manufacturer Vencer over two years ago, when they announced their intentions to build a new model range and gave us a few computer rendered graphics of what their potential car could and would look like. While many forgot about them after nothing materialized quickly, the manufacturer was hard at work on their new model, which was just unveiled as a pre-production prototype last year.

Just recently has the model the company intends to market, named the Sarthe, been released in full production trim and all specifications made public. Apparently, orders for the car have also already started as well. The car aims to be light and drive-able, with an emphasis on performance and drivability over other factors.

Drawing inspiration from the LeMans racecars of the 1980s, the Sarthe is low an sleek in its design. With its aerodynamic front and distinctive “Kamm” tail, the car’s design represents a divergence from many of the supercars of today.

For power, the Sarthe employs a 6.3 liter supercharged V8, designed in-house and specifically built for Vencer’s applications. The engine has been mounted as low to the ground within the chassis of the car as possible, so that the center of gravity of the vehicle will be as low as possible, further enabling better handling and lateral acceleration.

Weighing in at a total of 3,000 lbs, the car employs extensive use of carbon fiber components. With the entire body and much of the inside structure composed of the composite material, the car is able to better achieve its aim of being light and drivable.

Vencer manufactures its car at a production facility in Vriezenveen, Netherlands. Its cars are presently only available in Europe and China, but the company hopes to expand its presence globally. Models are scheduled to go on sale for around $350,000 per unit.