“I am obviously starting to feel more comfortable with the truck,” Viso said. “It was a great weekend and a great track. This new series is going to be the next thing, it’s really catching on with the fans, sponsors and drivers. The trucks are very fun to drive and I had a blast. This is only my second opportunity in the trucks, and I hope there are many others. Now I am looking forward to X Games next weekend in Austin, TX which I am sure is going to be a different animal, but I am ready for that challenge.”

Burt Jenner’s Gladiator truck led going to the final lap with Viso in close pursuit. Viso overtook Jenner in turn four of the 2.35-mile street circuit as the two went side by side through the 90-degree right hand corner. Viso and Jenner touched in close racing quarters, which moved Jenner out of the racing groove allowing Arie Luyendyk Jr.’s Quicken Loans truck and Robby Gordon’s Menards/TRAXXAS sponsored machine to move to second and third respectively, which is where they finished. 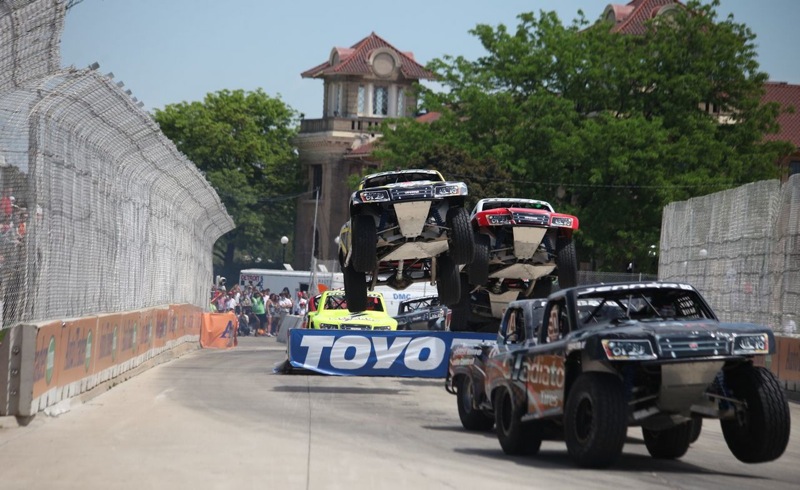 Jenner brought his truck home in fourth after leading much of the race. Rochester Hills, Michigan’s Aaron Bambach, driving the BZ’s Twisted Blend/3deminsional.com truck followed up Saturday’s podium finish with a fifth-place drive, while the RPM/VisitMexico.com driver Apdaly Lopez finished sixth. Scotty Steele finished seventh after a second-place run Saturday, and TRAXXAS driver Keegan Kincaid rolled his truck for the second time on the weekend and was credited with an eighth-place finish.

Four metal ramps were positioned throughout the course, with the trucks jumping as much as 15 feet in the air and more than 100 feet down course bringing cheers and gasps from the huge Belle Isle crowd.

The SPEED Energy Formula Off-Road Presented by TRAXXAS series now moves to Austin, TX and the ESPN X Games, marking the first time in series history that it will be featured in a live network television broadcast. The final race at X Games Austin will air Sunday, June 8 on ABC at 12:30 p.m. 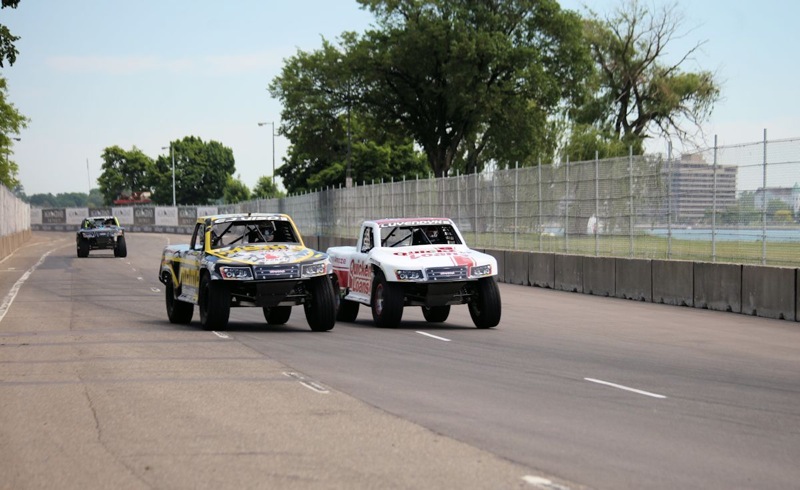