Eau Claire, Wis., is a hop, skip and a jump from Minnesota’s Twin Cities, but the one-hour ride can save a British sports car owner a lot of money. That’s one of the secrets behind the success of Eau Claire British Car ([email protected]), a shop located in the beautiful Chippewa Valley.

“We charge $85 an hour for labor,” said ECBC proprietor Steve Rindt. “We’ve been told that the average rate in the Twin Cities is $129 an hour.” Not that a restoration taking many hours isn’t still expensive, but Rindt’s shop does both restoration and repair work. So, even though time factors into the job, the “half-off” hourly rate is a big draw to Twin Cities enthusiasts. 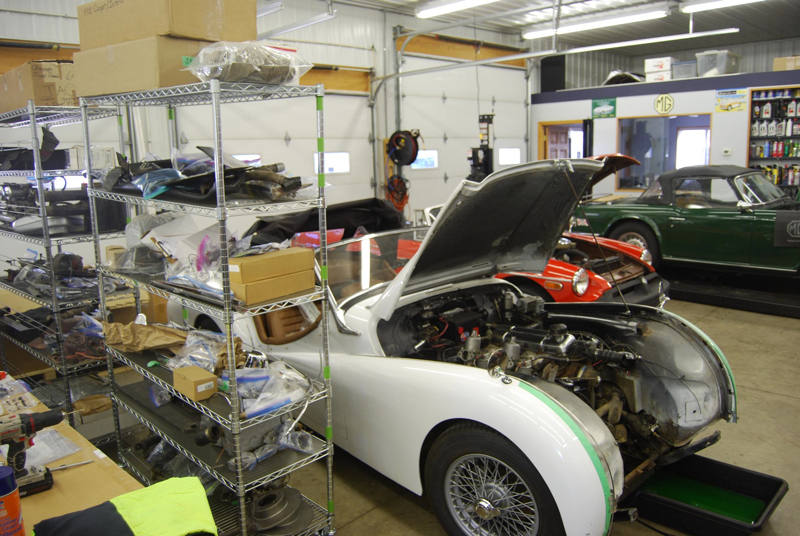 Rindt is a British car owner himself. His own fleets includes several MGBs, a Triumph GT6 and a “flat floor” Jaguar E-Type that’s getting a complete nuts-and-bolts restoration. His wife also drives a MGB, so Rindt feels a commitment to provide the best quality service and restoration for classic British cars.

“Being avid British car enthusiasts ourselves, we enjoy the company of others who have an appreciation for these fine automobiles,” Rindt told Speedville. “We believe these cars were meant to be driven and our goal is to keep as many of them on the road as possible.” 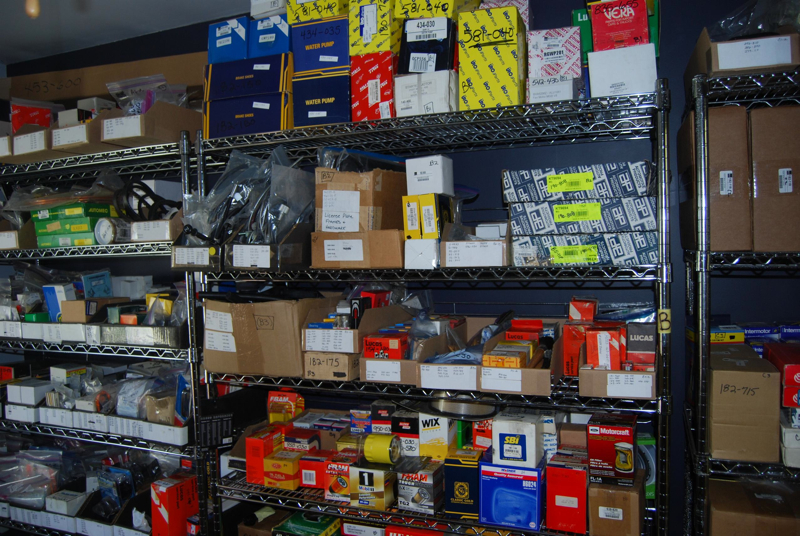 The shop specializes in MG, Triumph, Austin-Healey, Jaguar and Classic Mini. “We also provide the same quality service for most classic European sports cars,” adds Rindt, who also has an Alfa Romeo Spyder in his personal collection.

The shop itself is large, modern, well-lit, super-organized and neat. As cars are disassembled, the parts are labeled and stored carefully on rolling wire shelves. Rindt also stocks British car parts in another room. He was even able to purchase a cache of rare new-old-stock Lucas parts that a local garage that once specialized in imports was liquidating.

In addition to fixing all the factory parts from SU carburetors to Smith’s gauges, Rindt offers upgrades such as cruise control installations, distributor re-curving, supercharger installs and electronic ignition conversions. Over the years, he has also invested in specialized equipment such as a machine that can mount tires on wire wheels without damage to the rims.