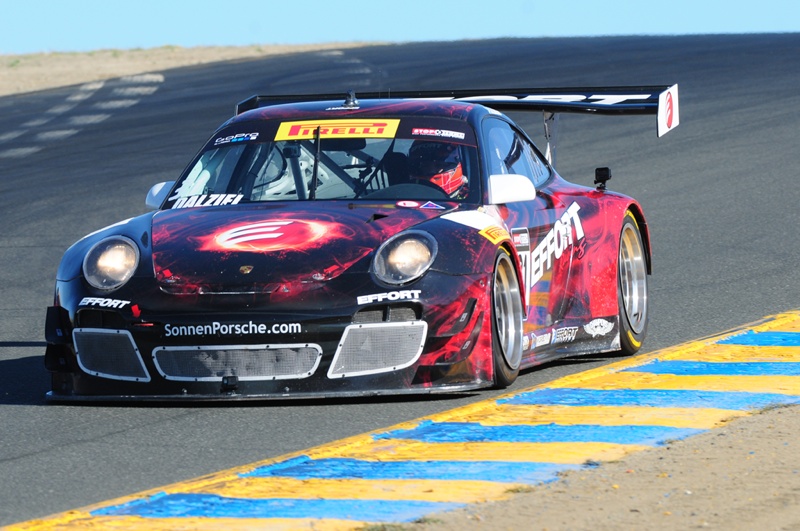 The two drivers who will pilot the EFFORT Racing Porsche 911 GT3 R racecars are veteran Ryan Dalziel (Winter Park, Florida) and Michael Lewis (Laguna Beach, California). Dalziel, who won two races and earned five podiums in six races for EFFORT Racing last year, will be driving the professional entry in the GT Class, while Lewis will pilot the Porsche in the GT Amateur class.

EFFORT and PMNA will use the Pirelli World Challenge’s GT class platforms to showcase young drivers in the Porsche 911 GT3 R race car, with a Professional driver running in the top class and a PMNA Young Driver running in the GT Amateur (GT-A) class. According to PMNA President and CEO Jens Walther, this program is the next logical step after the Porsche Young Drivers Academy and the Porsche/IMSA Driver Scholarship.

Michael Lewis, the 23 year-old driver who nearly won the 2014 Porsche GT3 Cup Challenge and both participated in the Porsche Young Driver Academy and was granted the IMSA Driver Scholarship in 2014. Lewis was nominated for the EFFORT Racing Porsche 911 GT3 R seat after a competitive test held by the team. Dalziel, an established winner in World Endurance Championship and the IMSA TUDOR United Sports Car Championship, was the highest-finishing driver in the second half the Pirelli World Challenge series in 2014.

Porsche factory driver Patrick Long (Manhattan Beach, California) will be on hand to coach the drivers on and off the track as his schedule allows. This new program is focused on the North American market, and is integrated into the overall Porsche philosophy to search and support young sports car driving talent. The Pirelli World Challenge season opens March 6-8, 2015, at Circuit of the Americas in Austin, Texas.