For the second consecutive year, Jake Eidson will go into the final day of the 2013 Skip Barber Race Series Championship Shootout with a slim 3.5 point lead. 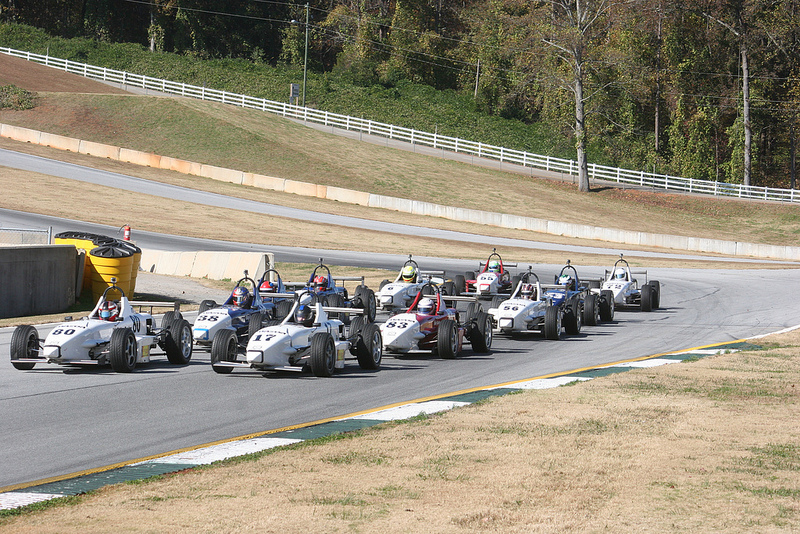 In this winner-take-all event, the grand prize winner receives a  $200,000 driver development scholarship presented by Mazda for use toward a seat in the 2014 Cooper Tires USF2000 Series powered by Mazda. Eidson is a three time winner of this contest and aims to take the grand prize this year once again. Eidson recently returned from the 2013 Team USA competition with the Walter Hayes Trophy.

Eidson’s lead is a slim 3.5 points over Aaron Telitz, 21, of Birchwood, Wisconsin. The talented pair are accustomed to racing against each other and Telitz had this to say about his opponents: “In the last race when I was racing against Jake [Eidson] and Adrian [Starrantino] a lot, because I raced against Jake and Adrian a lot last year, even though sometimes we’d get into it, we trust each other enough that you can go in pretty deep, and he’s going to give you a little bit of room at least.” Ironically enough, Eidson, Starrantino and Telitz finished first, second and third in the 2013 Formula F1600 Championship, respectively, after successful careers in the Skip Barber Race Series.

Skylar Robinson, 18, of Augusta, Georgia is only 1 point behind Telitz in third and commented on his past performances:  “I didn’t have a great [race 3]. But hopefully that will be my drop, we’ll just keep moving forward. The cars are really close and competition is really tough, so it is a lot about not making any mistakes and being consistent with your results.” Robinson was recently recognized by the FIA’s Young Driver Excellence Academy representing the United States of America portion.

2nd in Championship Points in the 2012-13 Winter Series

2nd in Championship Points in the 2013 Summer Series

5th in Championship Points in the 2012-13 Winter Series

5th in Championship Points in the 2013 Summer Series

4th in Championship Points in the 2013 Summer Series