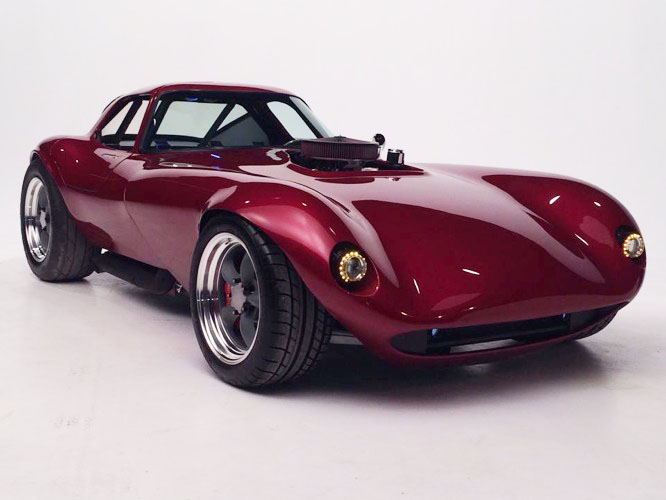 Last year marked the 50th anniversary of a rare and historic race car called the Cheetah, but today we celebrate the evolution of these vehicles in kit car form – the 427 Cheetah Evolution to be precise.

The original Cheetahs were the brainchild of Chevrolet performance tuner Bill Thomas and were built to take on the mighty powers of Carroll Shelby and his Cobras. However, the Cheetah was not very cat-like. Handling was known to be “squirrely” at high speeds and the coupes were suffocatingly hot due to the lack of insulation and the tight confines of the cockpit area. But despite all of its shortcomings, it was one cool cat.

Bill Thomas passed away in 2009, but not before he had approved a continuation model of his iconic Cheetahs to a company called BTM. While these models have been approved by the original designer, there are a few other Cheetah-based kit cars making a splash in the market these days. The Cheetah Evolution, developed and built by Ruth Engineering & Racing (RER) in Grafton, Ohio, is one of them.

The car was built to look like the ’64 Cheetah but uses modern materials and fabrication techniques to bring it up to current standards of what you would expect from a modern muscle car. The Evolution is a stronger, safer interpretation of the original and keeps much of the same characteristics of the original – except the dodgy handling and microwave-like cabin.

The Evolution project started in 2006 with the idea being born from the retro-rod industry. With RER owner Chris Ruth and his father’s experience building Corvettes,  they decided to create their own version of a Cheetah that would appeal to enthusiasts who wanted a full-scale version of the slot car they had as a kid. 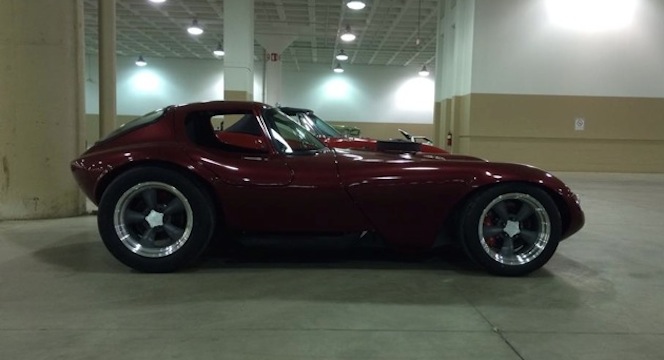 RER opted for aluminum suspension and designed a 1½” round tube chassis to keep the wheelbase and track to resemble the original. Then RER created what they thought the Cheetah body should have looked like. RER added the front A pillars to house the DOT laminated windshield. Also added were front door pillars for added stability to the doors when latched or opened. RER’s doors are two-piece bonded with a recessed latch. The other noticeable change are the “bonnet” flares over the front wheels.

Power comes from a ZZ427 Big Block Chevy crate engine that produces 480 horsepower out of the box, but is capable of making lots more with some mild modifications. The Cheetah is an open canvas, however, for customers to drop in whatever engine they wish from LSX to stroker motors. The RER team wanted to follow the Corvette formula with a small car, big V8 package, and this one definitely succeeds on the grin factor.

The Cheetah Evolution is certainly a conversation starter, according to RER, with people constantly asking, “What is that car?” and “Where did you get it?”