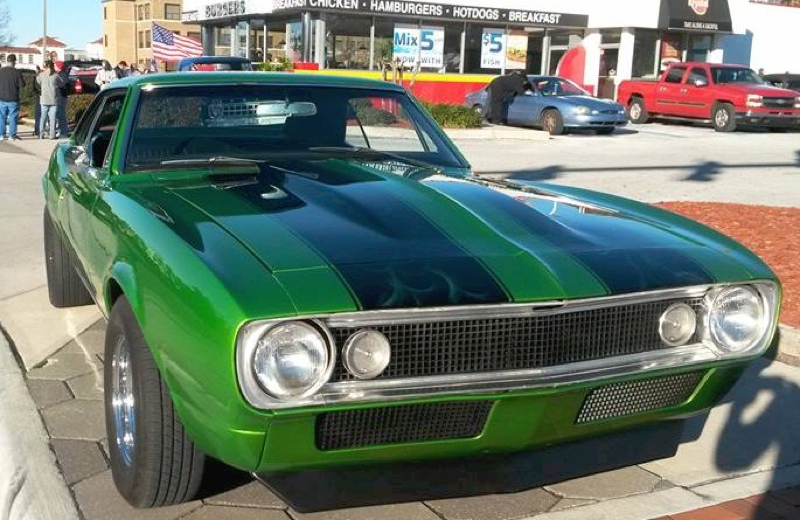 Fans of classic and current vehicles cast their votes throughout the summer, ultimately choosing a 1967 Chevrolet Camaro as the grand-prize winner in the Champion Spark Plug “King of the Road” contest. Tim Kowalchick of Jacksonville, Fla., won the 2015 competition, in which Champion enthusiasts voted for their favorite vehicles online at www.AlwaysAChampion.com.

Kowalchick, who owns a specialty automotive service business, drives the winning bright green Camaro with black stripes every day. His car was one of 549 entries submitted in this year’s contest, which drew 160,769 votes from the Champion brand’s growing online community.

“I enjoy driving, working on and restoring my vehicle, and being named the 2015 ‘King of the Road’ is such a great reward for the hours of time I put into making my car my own,” said Kowalchick, who also won the 2014 King of the Road contest.

The other weekly winners and finalists in the 2015 contest were:

Enthusiasts voted in a head-to-head format on the Champion website over a 10-week period to determine the 10 finalists. Each weekly winner received a $500 cash prize before moving on to the grand-prize voting round. Voting for both rounds was open to anyone through the Champion website.

“The finalists represent such a variety of vehicles, and any one of these winners would be a great Champion ambassador. Seeing the dedication each owner gave to their vehicle to improve its look and performance, including installing Champion spark plugs, shows that our society’s passion for automobiles remains strong,” said Jessica Wynn, global director, digital marketing and strategy, Federal-Mogul Motorparts.

To see all 10 finalists’ vehicles, please visit www.AlwaysAChampion.com and click on the “King of the Road” link.