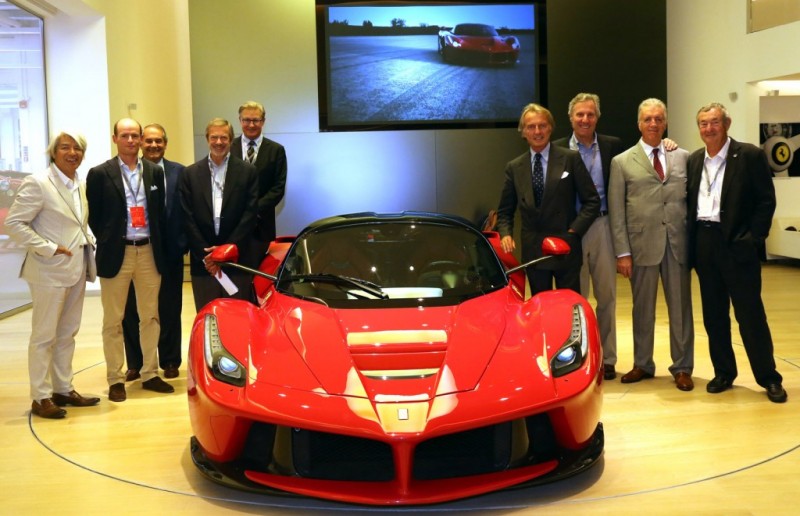 With the announcement last week that Luca di Montezemolo will be leaving Ferrari after 25 years of leadership, the Prancing Horse’s devoted community is probably wondering what to expect under the impending Marchionne leadership. However, in one of his final moves as Ferrari chairman, the outgoing executive announced that a special edition Ferrari will be sold in the US to commemorate 60 years of sales in the country.

The US is by far Ferrari’s largest market, with over 1,000 cars sold in the first six months of 2014, a figure up almost 15% over last year. In fact, 30% of the 499 LaFerraris built are headed to customers in the US. So it only seems fitting that the company would put out a special edition to mark the occasion.

We don’t know much about the model as of yet, but we can expect it to be grandiose, and Ferrari is confirming that there will be only ten model units produced.  Priced at just over 3.2 million dollars a piece, all of the available units have already been sold out. The car will also not come in the classic red livery that the brand is reputed for, but will instead be offered in blue with white stripes, hearkening back to the brand’s racing days in North America.

Usually when automakers roll out special editions the stature of this one, they’re simply existing models with an altered trim and a special livery. However, we shouldn’t expect this to be the case here. Ferrari has been doing more and more bespoke and custom models, and with a total revenue among all ten models of around 35 million, you can expect  this special edition to be something at least partially unique. Most are rumoring it to be based on the F12 Berlinetta.

It’s suspected that several of the members pictured in the picture above with Luca di Montezemolo are among the ten buyers. The group includes reputed Ferrari collector and former Microsoft executive John Shirley.

The model will debut on October 12th, which is the day before Fiat Chrysler Automobiles, Ferrari’s new parent company,  has its initial public offering on the New York Stock Exchange. Since 2008, Fiat has owned 90% of Ferrari, with the remaining stake being held by Enzo Ferrari’s last surviving son, Piero Ferrari. There will also be a gala that night in Los Angeles, commemorating the 60 year milestone.